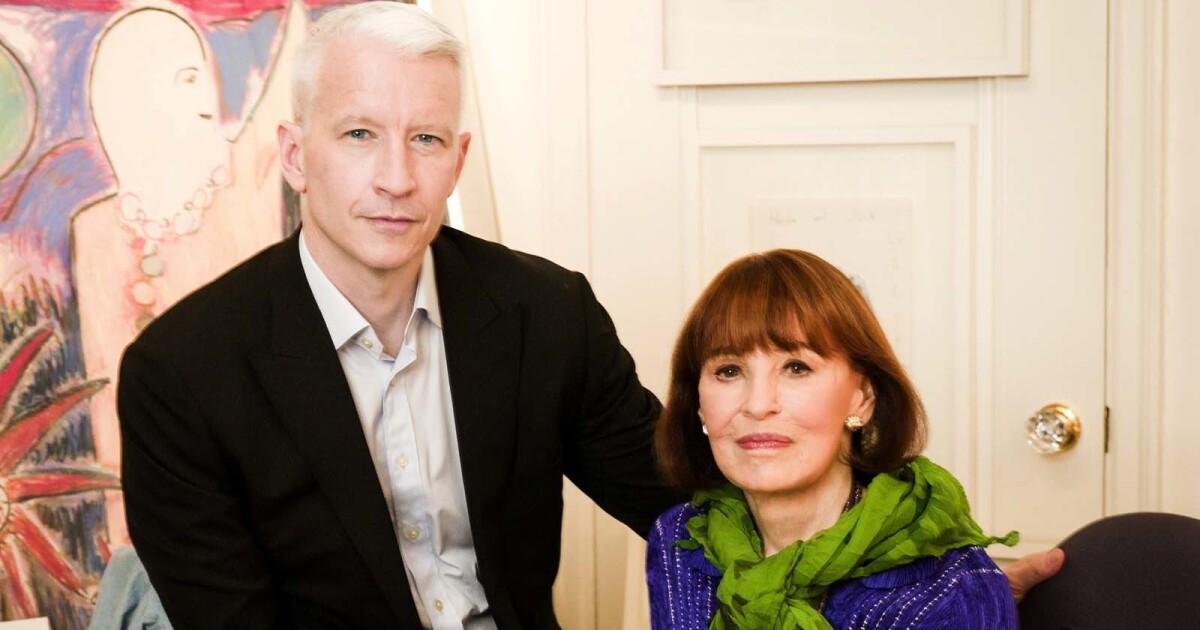 Anderson Cooper is getting a gift he didn’t expect: the bulk of the estate of his mother, Gloria Vanderbilt.

The CNN anchor, 52, will inherit all of her property except for a Midtown Manhattan, N.Y., co-op, which is going to Vanderbilt’s eldest child, Leopold “Stan” Stokowski, according to documents obtained by Page Six. Middle brother Chris Stokowski is estranged and inherits nothing, the will said. Carter Cooper, Anderson’s older brother, took his own life in 1988.

Vanderbilt, who died June 17 of stomach cancer at age 95, was estimated by Page Six to be worth $200 million, though a source close to the family said that number was “wildly inaccurate” and that the value of the estate was closer to $1.5 million. When she turned 21, the heiress-socialite-fashion entrepreneur inherited north of $4 million — the remainder of a trust fund that had

already been tapped a bit by her mother.

Cooper told Howard Stern in 2014 that he didn’t expect to inherit anything.

“My mom’s made clear to me that there’s no trust fund. There’s none of that,” the journalist said on Stern’s radio show, as reported by Business Insider.

“I don’t believe in inheriting money. I think it’s an initiative sucker. I think it’s a curse,” Cooper said. “Who has inherited a lot of money that has gone on to do things in their own life? From the time I was growing up, if I felt that there was some pot of gold waiting for me, I don’t know that I would’ve been so motivated.”

Cooper’s net worth before the inheritance has been estimated at more than $100 million.

Glory Over Everything by Kathleen Grissom, Paperback

The Doctrine of Sin | Bible.org