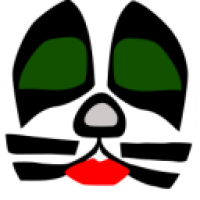 the Gloria Story – Born To Lose

The Swedish act, despite their extensive live touring, wastes no time and throws us a bone once in a year, just to keep us warm. The second full length album for the the Gloria Story, two years after their debut “Shades of White” and one year after the “Out Of The Shade” ep, is a fact. Bringing in mind their latest ep and comparing it with

their debut album you can easily make out the differences in their sound. In their debut, the band delivered a more of a Thin Lizzy and Kiss oriented hard rock with dozens of extended guitar solos and catchy melodies, while with “Out of The Shade” ep that changed, and although it was obvious that we were dealing with the same band, their sound became more simplistic, Read more…

Paths of Glory | The New Yorker