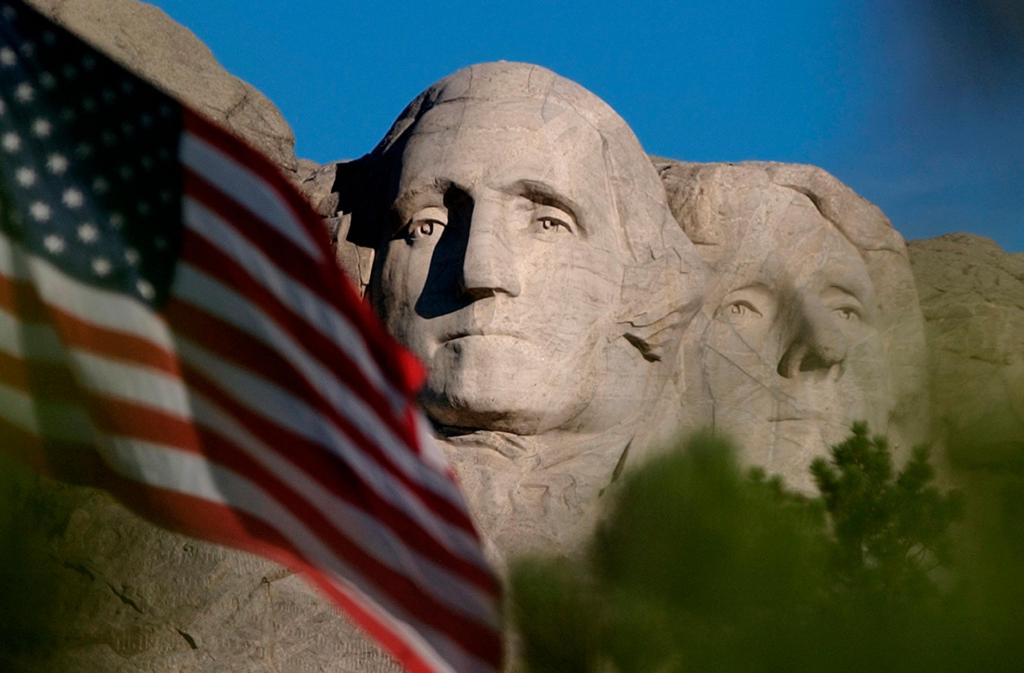 As an East Los Angeles Latina with a long history of police reform advocacy, I was horrified to see the brutal killing of George Floyd. I joined calls for the prosecution of officers involved in his murder, joining Americans of disparate political persuasions in this demand.

But what started as a righteous, mostly peaceful protest against the horrific murder of George Floyd with chants that Black Lives Matter has morphed into a misguided attempted hijacking of, particularly, the Democratic Party by self-proclaimed Marxists, and a rewriting of our nation’s history and institutions.

As we commemorate the 244th anniversary of the Declaration of Independence, it is imperative to simultaneously demand and win righteous reforms needed in a too-far-from-perfect union, while not succumbing to the hysteria to lawlessly purge our national symbols.

Initially, protesters came for the statues and flags symbolic of Confederate racism. But this new reckoning soon expanded into assaults on the framers of the nation itself; monuments of George Washington, Thomas Jefferson, and even Abraham Lincoln, who wrote the Emancipation Proclamation, have been destroyed.

Undoubtedly, founders including Washington and Jefferson were slaveholders and had views unacceptable by standards even then and certainly today. Indeed, our nation divided over the question of slavery, and monuments now being toppled and books being purged from our libraries only obscure that history. But we cannot ignore their profound role in founding this nation and the profound rights provided us, including free speech and free assembly.

For those of us advocating police reforms, it’s important to be mindful of their flaws while focusing on their advocacy of the rights of the accused. These founders precisely laid foundations for us to assert Miranda rights today because of the 4th amendment to the U.S. Constitution as part of the Bill of Rights these flawed founders drafted and supported, rights that prohibit unreasonable searches and seizures and that set requirements for issuing warrants with probable-cause mandates.

In San Francisco, a statue of President Ulysses S. Grant — the very general who defeated the Confederate Army, fought the Ku Klux Klan and advocated for the 15th amendment guaranteeing freed slaves the right to vote — was toppled. A Boston memorial commemorating an African-American regiment that fought in the Civil War was defaced. In Wisconsin, the statue of an abolitionist immigrant who fought for the Union Army was toppled.

It was soon seemingly anything goes, with demands to retire our national anthem as “racist.”

Elected officials were mostly caught flatfooted — wanting to sound “woke” to the marching masses in the streets of our cities, primarily politically “blue” ones. Soon, officials were sanctioning “autonomous” zones in their city centers while promising to “defund the police,” even as crime soared.

In a tragic irony, the very cities where calls to defund the police got the most traction — Los Angeles, Chicago, New York — have seen exploding rates of gun violence and senseless deaths. Each weekend brought news reports of “body counts” come in but we didn’t learn their names. Those Black lives — as young as 20 months! — never seem to matter to the “woke” crowd.

Meanwhile, corporations have reacted in breakneck speed to retire branding they suddenly felt not

“woke” enough to meet the potential purchasing power of the 2020 Reckoning. Aunt Jemima, Uncle Ben and Eskimo Pies were yanked. HBO sidelined “Gone With the Wind.”

In their golden bubbles, celebrities hailed the smashing, even changing their names to hide their Dixie ties. They preached to us — until tweets and videos depicting the sins of their own hypocritical pasts surfaced. Then they fell silent or took “personal leaves to be with their family.”

Undoubtedly, symbols matter. I cherish concrete pieces of the Berlin Wall I scooped up when I visited Germany following the fall of that wall as a historic testament to the sweeping of that age into the dustbin of history.

But changing the course of history is more than smashing symbols.

Speaker Nancy Pelosi’s rush to remove portraits of former House speakers suddenly deemed unsuitable to no longer adorn the halls of Congress does not erase the fact that they were elected by members of the institution she leads. Nor does it erase the fact that she, along with former Joe Biden, Hillary Clinton and Barack Obama, delivered praise and eulogies for former Dixie senator and Klansman leader Robert Byrd. Nor does it substitute for real reforms.

As a Democrat, I’m ashamed of my party’s ugly history of support for segregation, Jim Crow laws and white supremacy. Yet the point of understanding history is not to whitewash it but to understand and use that understanding to change the course of history to ensure that that moral arc increasingly bends toward justice with each generation.

My father served this country in a segregated Army, returning to a segregated country where “No Mexicans” signs hung in café windows. Yet he never gave up on the promise of what America means, and the opportunities he envisioned for his children. He died in the early morning hours after celebrating his last Fourth of July in 1995. An American flag draped his coffin and I shivered at the sounding of “Taps” beckoning a new generation to do our part for the imperfect nation awaiting us.

I’m not willing to smash an American Dream I believe in, albeit deferred. We can and must overcome the systemic racism that has stained our nation without succumbing to anarchy, abandonment and abdication of who we are as a nation.

The story of Jay Harris: From an Amazon warehouse to dreams of world glory and the huge sacrifices he’s made along the way