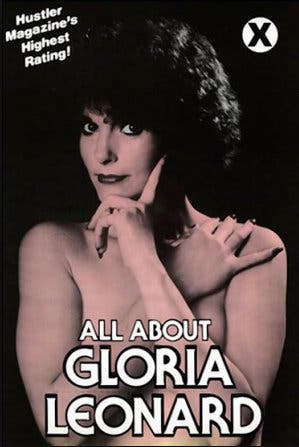 Gloria Leonard, who became a pornographic film star in her 30s and then a men’s magazine publisher and a prominent spokeswoman for her industry, died on Monday in Waimea, Hawaii. She was 73.

The cause was a stroke, her daughter, Robin Leonardi, said.

Ms. Leonard took a decidedly atypical path into pornographic movies in the 1970s, a time many in the industry now regard as its golden age, when films had story lines and actors enjoyed some crossover appeal with mainstream audiences. She was a divorced single mother, much older than most starlets and had held other jobs, including as a Wall Street broker and publicist.

“I was a fairly liberated lady, and I figured this would be the supreme test of just how liberated I really was,” she told The Miami Herald in 1983.

Ms. Leonard’s background in public relations, as well as her high profile on screen, led to her hiring as the publisher of the men’s magazine High Society in 1977, a job she held for more than a decade while continuing to appear in and direct films.

One feature she introduced to the magazine showcased risqué photos of celebrities like Jodie Foster and Goldie Hawn, usually lifted from film stills. “We were sued by a number of celebrities, including Barbra Streisand and Ann-Margret, and we won every case,” Ms. Leonard said in an interview with The Rialto Report, a website and podcast dedicated to pornographic cinema. A sultry recording of her voice on an answering machine previewing the magazine’s next issue proved so popular that it inspired the magazine’s Living Centerfold Telephone Service, one of the first phone-sex lines, in 1983. About 500,000 to 700,000 callers each day paid to listen to recorded messages on answering machines.

Ms. Leonard defended the pornography industry and her participation in it, appearing on talk shows and in debates on college campuses with feminists who regarded the business as misogynistic.

“I said the whole point of the women’s movement is for women to choose whatever they want to do,” she said “Why should my choice be considered any less or more valid than your choice?”

Ms. Leonard was born Gale Sandra Klinetsky in the Bronx on Aug. 28, 1940. Her first two marriages ended in divorce. She was separated from her third husband, Bobby Hollander, a producer and director of pornographic films, when he died in 2002.

After she left High Society, Ms. Leonard was the administrative director of the Adult Film Association from 1989 to 1992. In 1998 she became president of the Free Speech Coalition, a pornography industry trade group. At her death she lived in Hawi, Hawaii.

Besides her daughter, Ms. Leonard is survived by a granddaughter.