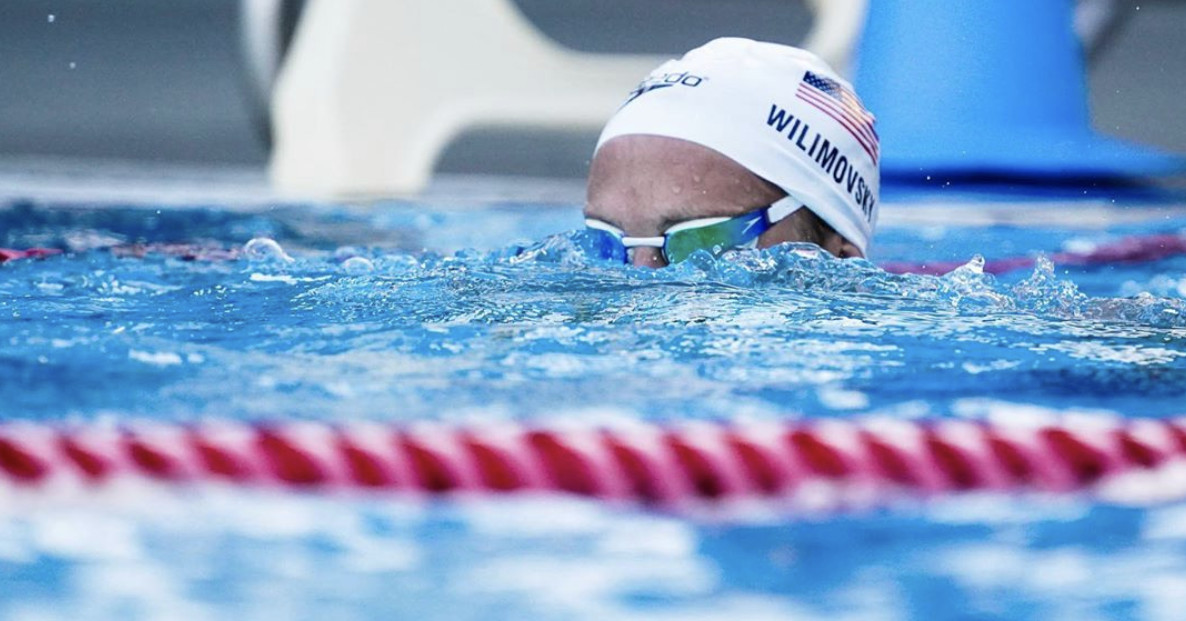 In the way that the coronavirus has united the world, one other event manages to do the same every two years – the Olympics. However, for the first time since World War II, the International Olympic Committee (IOC) determined the 2020 Summer Games in Tokyo would have to wait another year due to health and safety concerns.

The announcement sent shockwaves around the world, touching people from all walks of life, including swimmer Jordan Wilimovsky, a Northwestern alum and the first male athlete to qualify for the 2020 U.S. Olympic team.

Wilimovsky said most athletes he spoke with thought there would be a postponement and that it was a relief to have clarity after weeks of uncertainty.

“Obviously, it’s a pretty big bummer not being able to have the Olympics this year, but all things considered, it was definitely the right decision,” he said. “There are many worse things than waiting a year, a lot more people dealing with worse stuff.”

The 25-year-old was one of the lucky few who already punched their tickets to Tokyo before the historic decision was made. Back in July 2019, he placed fifth in the 10km open-water race in the World Aquatics Championships in Gwangju, South Korea, automatically qualifying him for the next Olympic Games and becoming the first American male to do so.

However, Wilimovsky was still fighting to earn his spot in two other Olympic events and will use the extra year of training to reach that goal. Either way, he is Tokyo-bound in 2021 as the IOC announced all athletes who already qualified will maintain their spots on Team USA for these games.

He said the extra year is another year of training to improve that fortunately has little pressure attached to it since he has already qualified for one event.

“This year has been significantly less stressful for me than other athletes that have yet to qualify and have that weighing on them,” Wilimovsky said.

A mere three years ago, the Olympian was busy making his mark as a Wildcat, setting numerous records and earning countless collegiate honors. He set program records in the 500-, 1000- and 1650-yard freestyle events. He was a two-time All-American, the first NU freshman in five years to qualify for the NCAA championships, the 2015 Big Ten champion in the 1650-yard freestyle, and he finished third at the 2015 National championships in the same event.

“I had a great time at Northwestern,” he said. “I loved my teammates and the opportunity to go to a school like that. In terms of preparing me, hopefully it prepared me more for what I do after swimming in a career.” 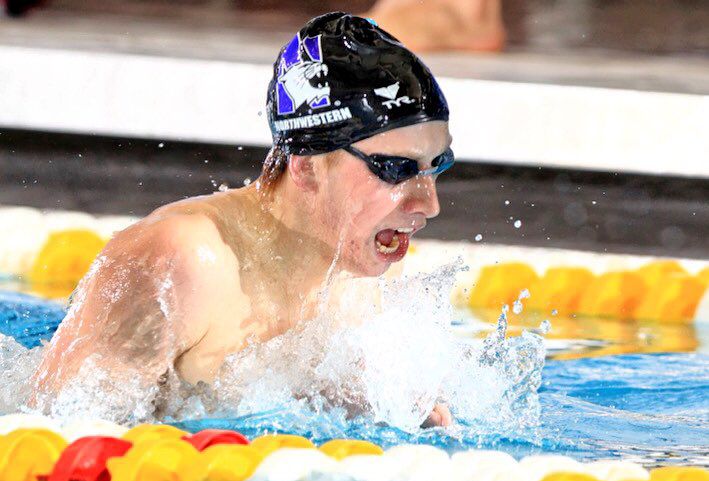 Amongst all the impressive feats the Malibu native accomplished during his Northwestern career, he redshirted during the 2015-2016 season to train for and compete in the 2016 Summer Olympics. In the 2015 FINA Open Water World Championships in Kazan, Russia – the qualifying event for Rio – he thrashed the competition in the 10km race, taking gold and finishing 12 seconds ahead of the second-place finisher. In the Rio Games, Wilimovsky barely missed out on a medal, placing fourth and fifth in two distance events. In the 1500m pool swim, he finished fourth and trailed the medal-winners by just 4.17 seconds in a 15-minute race. Then, in the 10km open water swim, a race that lasts almost two hours, the former Wildcat finished fifth, just 1.2 seconds behind the bronze medalist. Despite barely missing out on a medal, he said the Olympic experience he got to share with family and friends in attendance was incredible.

“I had a couple buddies from Northwestern come down and watch,” Wilimovsky said. “My brother was staying in an apartment with seven other Northwestern guys, so that was pretty cool.” 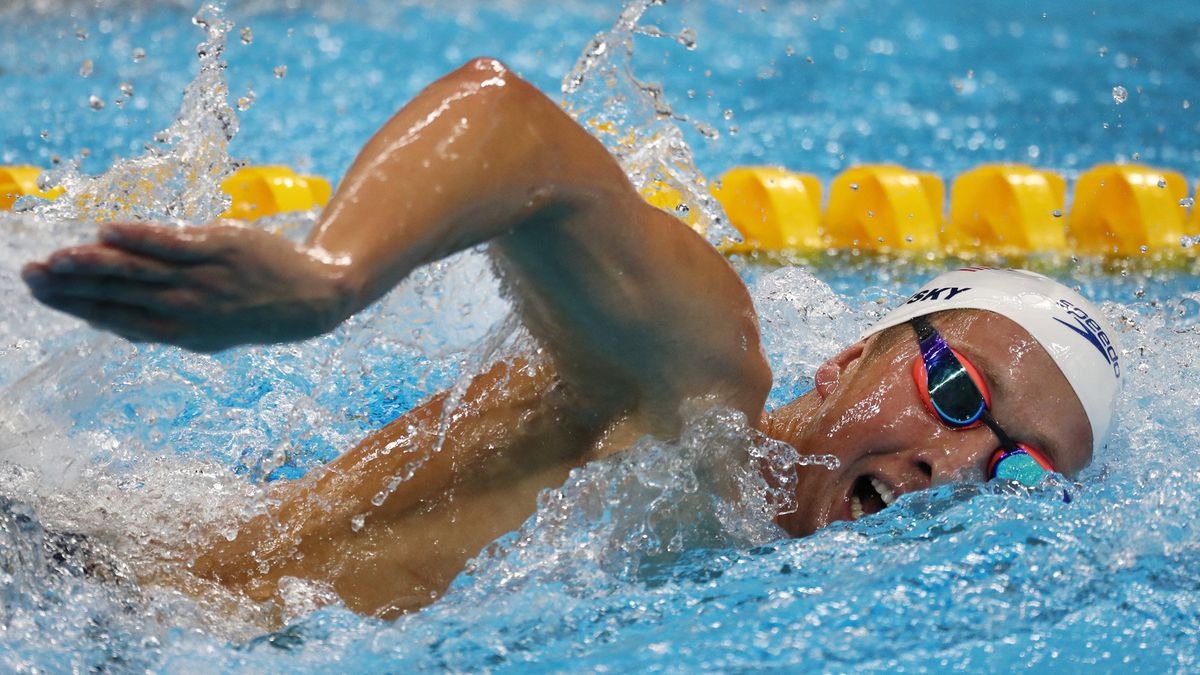 In two his events at the Rio Olympics, Wilimovsky missed out on a medal by an average of two and a half [email protected] on Twitter

While Wilimovsky wasn’t able to bring home the hardware, he still made history in Brazil. He became the first American swimmer to compete in both open water and pool events in the same Games and nearly became the first U.S. man to win a medal in an open water event since its Olympic debut in 2008. Just seconds away from achieving that feat in 2016, he will fight to become the first in 2021.

Like most athletes, Wilimovsky’s life and training regimen are on hold until the world returns to some normalcy. He said he tries to workout as best he can in his Southern California apartment.

“Fortunately, my uncle has a backyard pool not too far from where I live, so I can go swim around in there and keep a feel for the water, but it’s not anything like actually training in an Olympic pool,” he said.

While he has been able to maintain somewhat of a workout routine, many athletes have not, especially internationally. As Wilimovsky remarked, the pandemic’s effect on sports could span beyond the postponement or cancellation of events – it could even impact athletes’ performances in Tokyo.

“When you compete there, you want to race against someone who’s at their best. You don’t want to beat them because you had two months of training while they had to take a break. “ 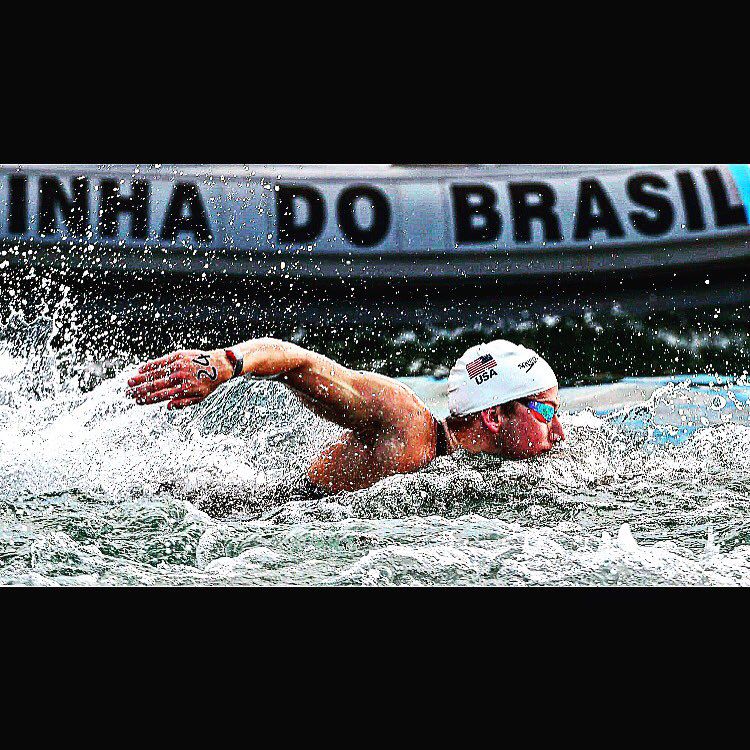 In the upcoming 2021 Tokyo Olympics, Wilimovsky hopes to compete in three events — two in the pool and one open [email protected]_wilimovsky on Twitter

“It becomes the issue where the Olympics really isn’t a level playing field if I can train but other people I might be racing against haven’t,” he said. “When you compete there, you want to race against someone who’s at their best. You don’t want to beat them because you had two months of training while they had to take a break. I think now it’s reset, and everyone’s in the same boat again.”

As Wilimovsky said, athletes have finally reached more of a level playing field with the games being postponed, especially with more restrictive quarantine measures in place. However, over the course of the next year, every nation will handle its coronavirus response differently, giving athletes varying amounts of training time and posing the question of fairness heading into Tokyo 2021.

Ultimately, Wilimovsky will have his shot to compete in his second Olympic games and avenge his narrow podium miss from 2016. With the United States trials for the pool postponed to 2021, he will spend the next year training in hopes of qualifying for the 800m and 1500m events as well.

While he longs for the chance to return to Olympic water on a global stage, for now, his uncle’s pool will have to suffice.

One shot at glory – The Robbie Matson story