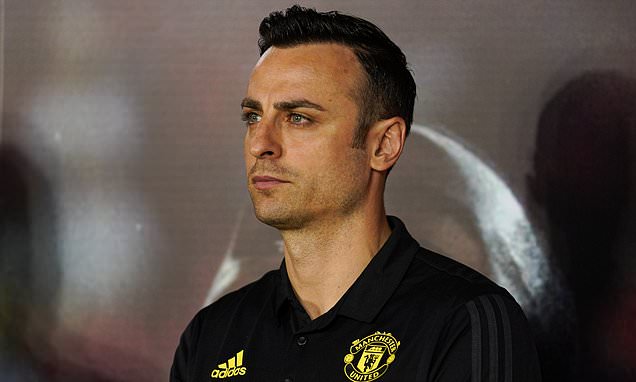 ‘It will be unfair on Liverpool – they deserve the title’: Ex-Manchester United striker Dimitar Berbatov says Jurgen Klopp’s side should be crowned champions… and warns cancelling the season ‘won’t be popular’

Former Manchester United striker Dimitar Berbatov said their rivals Liverpool deserve to be crowned Premier League champions and it would be unfair on the Merseyside club if the season cannot be completed due to the coronavirus outbreak.

The campaign has been suspended with the league saying it was keeping the restart date under ‘constant review’.

‘People are suggesting to give the title to Liverpool, and honestly they deserve it the way they had been playing, nobody was going to catch them,’ Berbatov, who scored 56 goals in four seasons at United told Betfair.

‘With the way they play their games, the football they produced and how far they are in front, they fully deserve the title this season.’

While there has been speculation about a reduced season or even abandoning the campaign, the Premier League said the aim was still to complete all remaining league and cup matches.

‘However, any return to play will only be with the full support of government and when medical guidance allows,’ the league said in a statement on Friday.

Ex-Bulgaria striker Berbatov, who also played for Tottenham and Fulham in the English top flight, said he did not know which decision about completing the season would be the right one, adding ‘whatever is decided won’t be so popular’.

In 2010 Berbatov became the first United player to score a hat-trick against arch-rivals Liverpool in 64 years as the home side enjoyed a thrilling 3-2 victory at Old Trafford.

‘It’s so strange, and it will be unfair on them (Liverpool) if the season is voided, they will be so disappointed,’ he said.