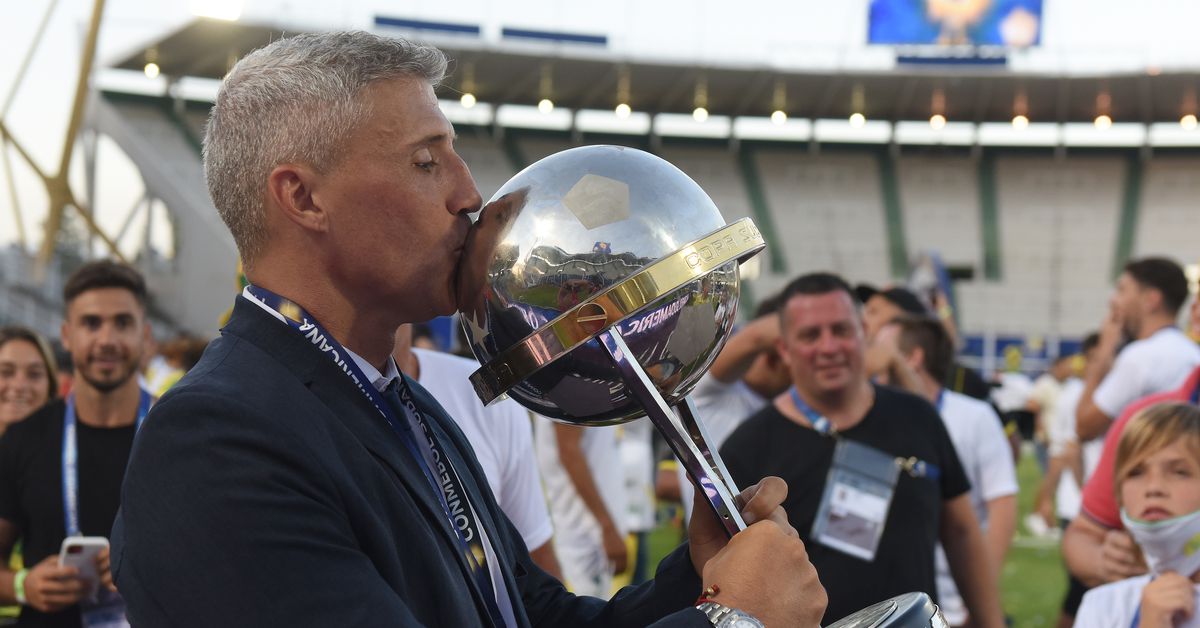 Hernán Crespo may be a legend of world football, but he did not have had the greatest of careers in a Chelsea shirt, despite arriving as one of the most scintillating strikers of his time in the first wave of Roman Abramovich’s history-making spending sprees at the club. Though he gave us a few great memories, he just couldn’t quite cut it in the Premier League and only featured for two seasons during those early years of the Abramovich Era.

(Ed.counterpoint: Crespo’s often lumped into the infamous gaggle of overpriced and underperforming strikers in the overflowing graveyard of No.9s at Chelsea. But his Premier League goal-ratio is not too terrible at 20-in-49, i.e. 1-in-2.5, and there were a multitude of extenuating circumstances going on his life at the time, for which he and his family got little support beyond a ticket back home to Italy. Oh, and he was just ridiculous at times, including his winner against Wigan on the opening day of the 2005-06 season, which remains as memorable today as 15 years ago. Anyway…)

Crespo retired in 2012 and went into coaching, first at Parma, in the youth teams, then as the manager at Modena in Serie B and Banfield back in his native Argentina. He wasn’t able to achieve much success or longevity at either, but third time, as they say, is the charm. The 45-year-old took over Argentinian top division side Defensa y Justicia 12 months ago, and this weekend, he led them to their first ever major trophy, winning the delayed 2020 edition of the Copa Sudamericana (South America’s equivalent of the Europa League).

In the finals, Defensa y Justicia prevailed 3-0 over fellow Argentine side and previous competition winners, Lanús, in what is being billed as one of the biggest underdog victories in South American football.

What makes this title win all the more impressive is that Defensa y Justicia were only promoted to the Argentine Primera División for the first time in their history in 2014. They are a “selling club” by any measure, with their focus on promoting players from their academy, and relying on funds generated by their subsequent transfers. This certainly should emphasize the gravity of this win, which the locals will celebrate for many years to come.

Crespo has earned the highest of praises for his strategic management and the ability to inspire his players to follow his philosophy. His tactics emphasize the role of the collective over the individual and this has enabled his side to best teams with “better” players.

There’s no doubt that bigger clubs, including European ones, will be taking notice of Crespo’s achievement. He will surely get to test himself on a bigger stage in the future, especially if he continues to make teams better and keep winning trophies. For now, he will have to settle for this one victory, when he and his band of merry underdogs conquered South America.