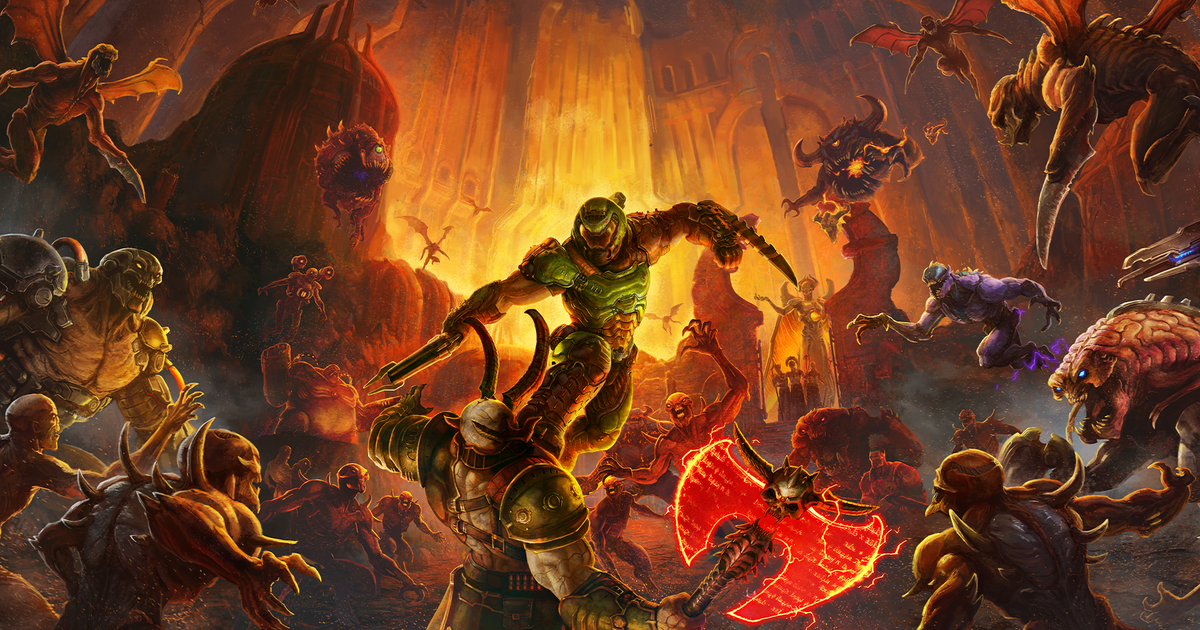 With a controller in my hand and the head of a hell priest at my feet, I paused last night’s session of Doom Eternal to take a phone call from my mom. We talked about how she was doing, about how I was doing, about what I was playing for work. It was the most I’d felt like myself in days, a gift I owe in part to Doom Slayer and the demonic forces of Hell.

Like many, I’ve felt shaken by the pandemic spread of coronavirus. The risk of transmitting or contracting COVID-19 has kept me far away from friends and family, forced me to cancel countless plans, and made acquiring toilet paper a herculean task. Of course, I’m skating by compared to those with graver concerns, but my patience has been running thin. Whether it’s the cat nipping at my toes or my boyfriend distracting me while I work from home, I’ve been eager to pick a fight.

Doom Eternal couldn’t have arrived a moment too soon.

A sequel to the franchise’s 2016 reboot, this first-person shooter tasks players with saving Earth from the monsters, incubuses, and hellhounds that have wiped out 60% of humanity. These fearsome demons have torn apart cities, destroyed whole countries, and replaced all natural sounds with a deafening heavy metal soundtrack. It’s your mission to make it stop. 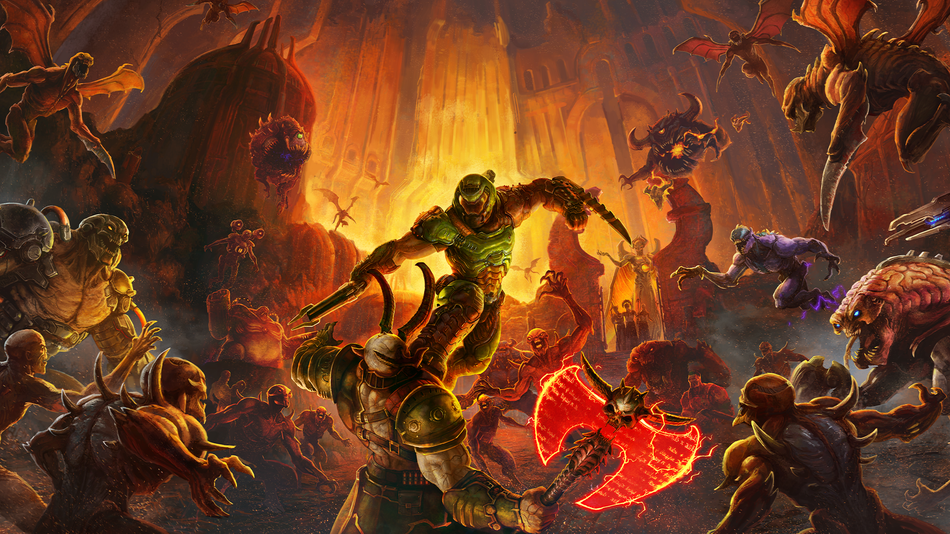 Each level, you venture farther into the game’s twisted landscape as ruthless opponents assail you with satanic strikes. Onslaughts of hellified soldiers, arachnotrons, and cacodemons give way to bombardments of mancubuses, whiplash, and then some. It’s an ever-intensifying blitz of terror that would typically make a narrative-first gamer like me cower in fear.

But in these trying times? I’m finding it freakin’ rad. Not only was the act of ripping these demons to shreds immensely satisfying, the game’s gradually increasing difficulty made me feel like I had real control in a time where that emotion can be hard to find.

I could feel myself improving shot by shot, battle by battle, death by death.

Doom Eternal does a phenomenal job of introducing mechanics and gameplay concepts clearly, with well-organized menus, easy-to-follow explainers, and helpful tips at every turn. Armed with a wide array of weapons (including the triumphant return of the Super Shotgun), Doom Slayer is well-equipped to

take on these enemies — and by the time I was armored, upgraded, and acquainted with the controls, I was too.

Where other combat games leave you floundering, Doom Eternal provides a wealth of support. I honed my skills in my ship’s demon torture chamber/target practice arena. The “I’m Too Young to Die” mode let me venture far into the narrative with ample health, ammo, and armor.

I never got angry or wanted to give up because things were “too hard.” I could feel myself improving shot by shot, battle by battle, death by death. I wanted to get better. I wanted to protect Earth. No number of devilish obstacles was going to stop me. 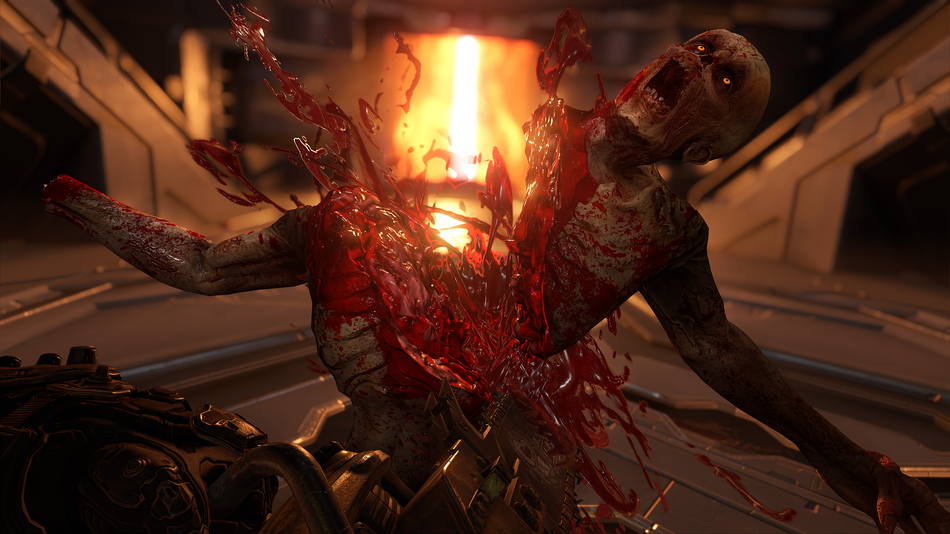 I feel better. Him? Not so much.

What’s more, the Doom franchise’s iconic sense of humor helped alleviate the frustrations I did have. A particularly tricky battle (that required a few dozen attempts) started with Doom Slayer jumping into an arc of glowing green armor re-ups like an underworld Iron Man. Each time I leapt through them, it was like the game was saying, “Good luck trying this crap again.”

This shit slays. And now, so do I.

I loved every minute of it.

Puzzling, platforming, and artifact-collecting interludes provided a reprieve from all the glory and gore, giving me some much needed moments to catch my breath and grab a snack. I imagine some of this might be irritating to pure fighting fans, as it does slow the narrative substantially and not all of it is executed well. But for me, these breaks were a mostly welcome excuse to put down my plasma rifle, gaze into this spectacularly screwed universe, and poke around for secrets.

With our actual world invaded by a deadly enemy we can’t see, Doom Eternal was the hero’s journey I needed. I can’t evaluate the narrative as a whole since I haven’t quite finished, but from what I have seen? This shit slays. And now, so do I.

Doom Eternal is now available for Windows, PlayStation 4, Stadia, and Xbox One.