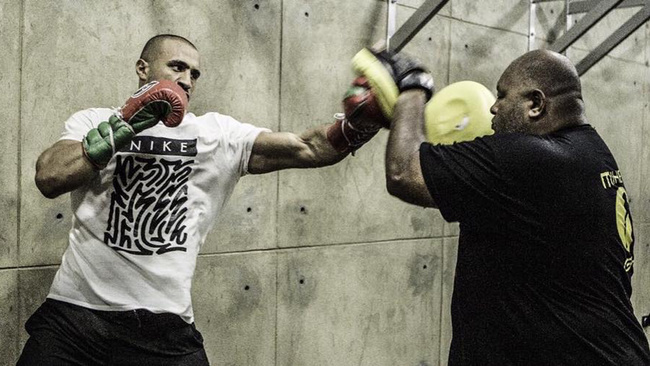 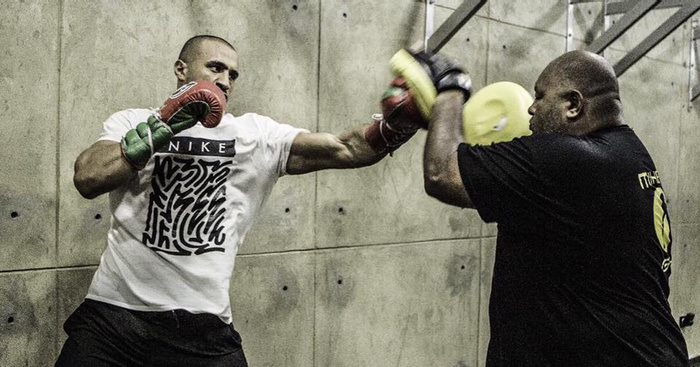 It’s death or glory this weekend for big bad Badr Hari. The 6’ 6” Sasquatch of kickboxing is up against reigning heavyweight champ and fellow Dutchman Rico Verhoeven for the belt—or a right belting.

The ferocity of two great kick fighters in their prime is a joy for all spectators to contemplate. And GLORY: “COLLISION” (in shouty caps for emphasis) at the König–Pilsener–Arena in Oberhausen, Germany, promises to be the most epic title card for the company in many a year. Verhoeven versus Hari, it’s good guy versus bad guy, white hat standing off against black hat—an old western from Tombstone, mashed up with an English style pantomime, right on cue for Xmas and the cold turkey season.

It may well yet prove to be a volatile encounter this coming Saturday. In and out of the ring, Badr Hari’s a thermonuclear device with a hair trigger. Previously, “the Golden Boy” has been disqualified twice for “unsportsmanlike conduct,” and he poetically admits to being the fighting equivalent of temperamental Russian ballet dancer Vaslav Nijinsky.

“I am liable to explode at any moment,” said the former K-1 bad ass. “When my brakes are off, it’s just one big clump of explosion, chaos and noise. I become blind to it all… A storm, a hurricane, a disaster.” 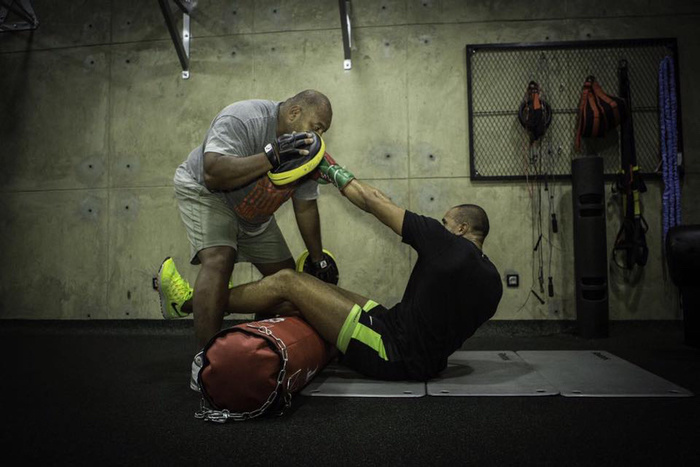 At 6’ 5”, 260llbs and boasting a GLORY record of 12 wins and 1 loss, Verhoeven is not intimidated by the thuggery and braggadocio of the veteran fighter. Packed, stacked and jacked, he’s been running things in their heavyweight league for the last three years now and wants to “make history” this Christmas. Clobbering Hari, however, is a tall order for Santa’s wish list. Hari’s no shot legged has-been wheeled in on a gurney at the last minute. The former K-1 and Showtime heavyweight champ is often cited as the one of the best of the old guard. And, despite an eclectic half decade lingering on the sidelines of the big game, there’s not much sign of outward decay, or ring rust, in the pit bull veteran of 118 contests. In his last outing, in Grozny, Russia, Hari dispatched Ismael Londt with a convincing TKO win.

The bigger they are, the harder they fall. But what about the harder who come? The focused ones, who arrive at an epic bout, and realize that this is their time, their slot, their chance to make a dent in history or amend their own short, inglorious lives. Hari versus Verhoeven, it’s a big night, a stacked card—the very best kind of contest between two fighters, old school and new, tearing it up in the tip-top peak of their respective careers. Who’s going to win in this eagerly anticipated humdinger and emerge as top dog? Folks want to see, folks want to know; why, it’s been this way ever since the days of Ancient Rome. 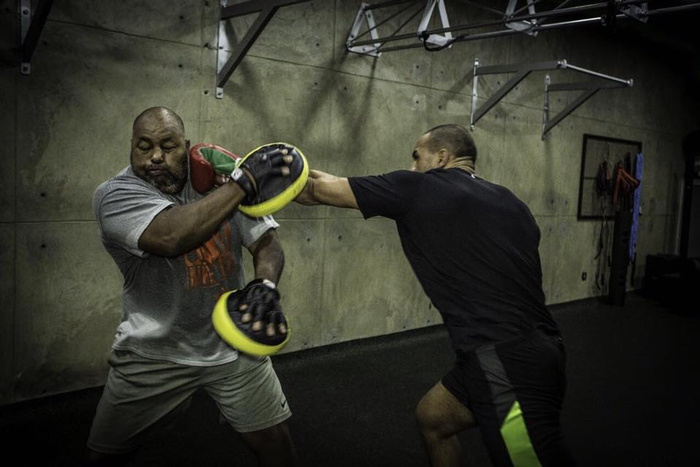 Is Badr Hari a belly full of hot air or the comeback kid for real? It’s a cautious policy for pundits to favor the latter. Character makes for a fighter and the Dutch-Moroccan kickboxer from Mike’s Gym has got it in spades. Even if he does lose to Verhoeven in spectacular fashion, Hari has the habit of coming back to win big. He once got knocked out by former K1 champ and present No.3 ranked Ultimate Fighting Championship (UFC) heavyweight Alistair Overeem in their first encounter only to return and TKO him in a rematch. He’s tough, powerful, passionate and fully aware of his own considerable might in the ring. Hari was, and is, a KO artist, and he’s still got the fight smarts, and sheer force of his K2 sized ego, to win back his fortunes at the table. Or, that said, get disqualified for “unsportsmanlike conduct” once again.

Character not only makes a fighter, it gets you noticed by the world at large. Hari’s won the praise of kings, statesmen and celebrities. King Mohammed IV of Morocco is a big fan, he’s paly with Chechen president Ramzan Kadyrov, enjoys a healthy bromance on Instagram with the Portuguese soccer player, Cristiano Ronaldo, and been linked to a string of leggy models, including Amber Rose, the ex gal pal of rapper Kanye West.

However, in the past, outside this Venn diagram of celebrity sets, Hari has struggled to keep himself on the straight and narrow. He’s got a long rap sheet down at the cop shop for “misusing his physical superiority,” (so said a Dutch court), and was once sentenced to two years in prison for brutally assaulting self-made millionaire businessman, Koen Everink, in 2012 (the sentence was suspended for 10 months). Everink always maintained that it was “attempted homicide.” In a matter totally unrelated and unlinked to Hari, Everink was later murdered in 2016.

All that is history. And all that exists, in the right here and now, is the fight come Saturday night. Hari’s got another shot again at the big time; Verhoeven a career defining challenge. Will Hari KO Rico with a flash, jaw-breaking, spinning back heel kick? Or will the clean-cut champ play it smart and win by decision on the cards? 50/50, death or glory, it’s just another story in the old fight game.

Check out these related stories:

Why Does Nobody Care About Rico Verhoeven?

Our Story | The Glory House