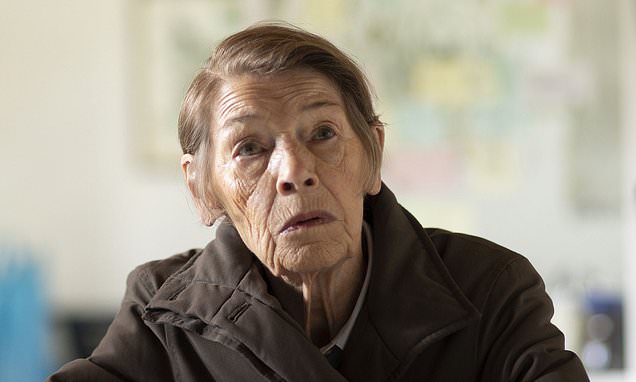 By Christopher Stevens for the Daily Mail

Why do actors do it? No politician ever imagines he or she can step off the world’s stage and onto a theatrical one to play Hamlet or Cleopatra.

Suppose Mrs Thatcher had announced she was quitting Downing Street to star in a series of superhero movies — IronLady, IronLady II and IronLady: Not For Turning.

But Glenda Jackson’s political delusions drove her in 1992 to throw away a career as an Oscar-winner to become a Labour MP. The most she achieved was to be, briefly, a junior transport minister under Tony Blair.

The character might have been merely pitiable, or even insipid, if interpreted by some other actress. Jackson delivered a tour de force, making Maud as entertaining as she was monstrous

Jackson was widely regarded the greatest talent of her generation, muse to the genius of director Ken Russell and possibly the funniest star guest ever to grace a Morecambe & Wise Christmas Show (even Eric got the giggles when she stared him down).

As yet another face on the benches of the House of Commons, she seemed to let her unique talent go to waste somewhat.

We had a reminder of what she could have been doing instead in Elizabeth Is Missing (BBC1), playing Maud — a cantankerous woman slipping into dementia.

The character might have been merely pitiable, or even insipid, if interpreted by some other actress. Jackson delivered a tour de force, making Maud as entertaining as she was monstrous.

Glenda Jackson’s political delusions drove her in 1992 to throw away a career as an Oscar-winner to become a Labour MP. The most she achieved was to be, briefly, a junior transport minister under Tony Blair

Her best friend, Elizabeth, was not at home and Maud was obsessed with the disappearance.

She was also devious and aggressive, and we suspected from the start that she knew more about what had happened to poor Elizabeth … or had known once, at any rate, before she forgot it.

It gradually became clear, in a story that slipped back and forth in time like the shattered memories of an Alzheimer’s patient, that what really bothered Maud was the disappearance of her glamorous older sister Sukey (Sophie Rundle) 60 years ago.

The solution to both mysteries was marred by a couple of coincidences that were a little too neat. And as in too many BBC dramas, the only male characters were flatly unpleasant: bullies, murderers and creeps.

Jackson’s powerful performance made up for that. She raged at her exhausted daughter Helen (Helen Behan), though it was nothing personal — on her off days, she barely recognised her own family and anyway, Maud raged at everyone.

When a kindly police sergeant offered her a lift home, she told him: ‘I wouldn’t get in a car with you if you were Stirling Bloody Moss.’

To be so foul to all and still retain our sympathy was a trick of almost supernatural acting.

Jackson’s squandered years in Westminster were a crime. No one can accuse Guy Martin of squandering his time. The man is a blur of hyperactivity, even when he’s not racing his motorbike at 150mph.

For the past couple of weeks he has been an innocent abroad, exploring Japan.

He was meant to make endless trial runs, building up courage, but what would be the point of that?

To be on the safe side, the wire was made from leather and the wooden poles from painted polystyrene.

Still, as Guy pointed out, the jump had ‘hospital written all over it’.

We flip-flopped from history lessons to stunt-riding practice, movie minutiae to mathematical calculations.

But when the moment came to take the jump, Guy just kicked the starter and went. Over he flew … a bit of an anticlimax.

He was meant to make endless trial runs, building up courage, but what would be the point of that? He never was one to waste time.

Proposal of the weekend: Michael McIntyre on his Big Show (BBC1) was asking short-sighted people in the audience to say what they saw on stage … till unsuspecting Danielle realised the distant blur was boyfriend Ben, on one knee. Aw!

Real estate for the apocalypse: my journey into a survival bunker | News

‘I want to walk among the cows with the Champions League!’ – Barcelona boss Setien eyes trophy glory