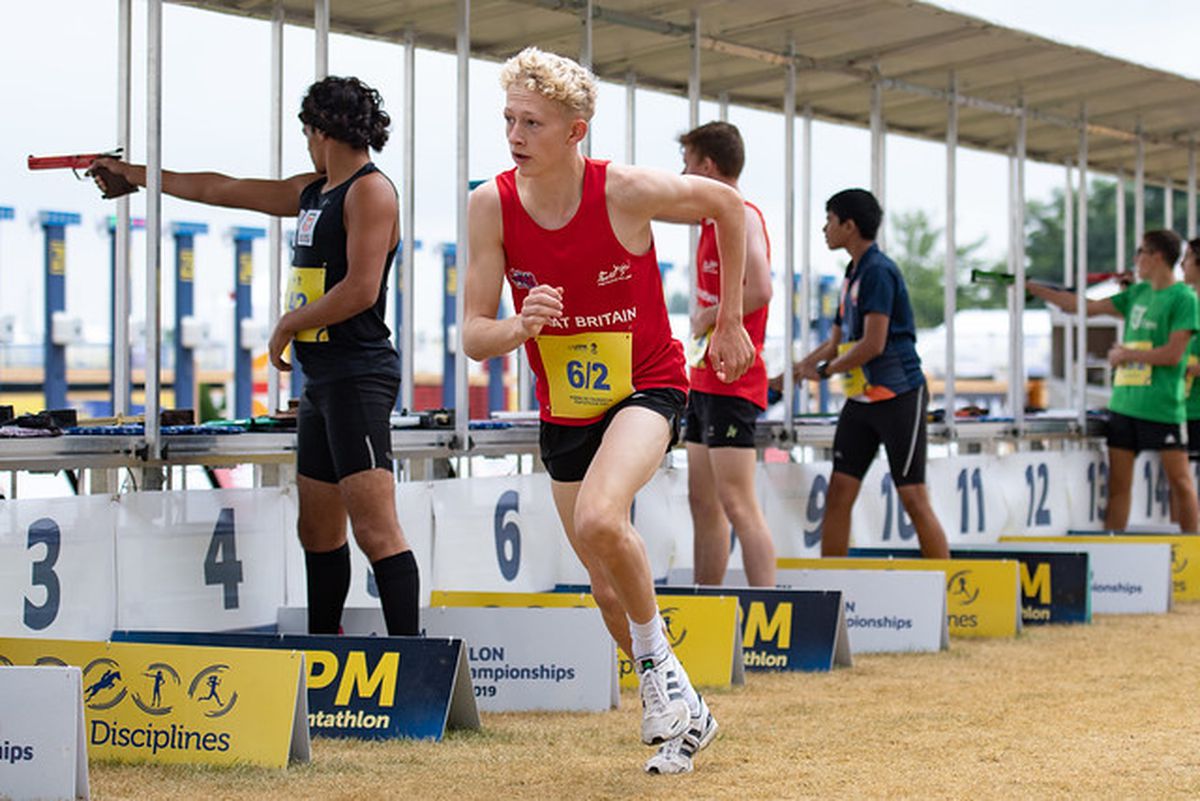 Teenage pentathlon star Charlie Brown is hoping hard work during lockdown has paid off as he eyes a return to action.

Brown, who won the British under-19 triathlon title two years ago, has spent recent months following an online programme prepared by Pentathlon GB and his coaches at Gloucestershire’s Hartpury College.

The 17-year-old, from Cleobury Mortimer, near Kidderminster, is now targeting a return to competition at the end of next month with the European and World Youth Tetrathlon Championships both on the agenda before the end of the year.

Brown said: “It has been very frustrating not to be able to compete over the last few months but I’ve still been working hard the whole time.

“I can’t wait for the competitions to start again so that I can show that all the hard work has paid off and there’s a positive outcome at the end of it.

“I’ve done a lot of running

training, keeping on top of my nutrition, and taken part in plenty of online sessions. I’ve trained the same, if not harder, with no competitions happening.”

Brown, a member of the sport’s academy at Hartpury where he also studies A-Levels, has a long-term target of representing GB at the Olympic Games.

His results include a 17th-placed finish in the under-17s category at the 2019 World Youth Championships.

Coach Rob Flack said: “Charlie is popular member of the modern pentathlon academy at Hartpury and a great role model.

“We’re absolutely thrilled with his development and what he has achieved in his sports career to date.

“His commitment to preparation and personal development is great. He’s always happy to accept and act upon feedback from his coaches, which is reflected in his many successes before lockdown and I’m sure will contribute to future success.”

For His Glory Teaching Resources