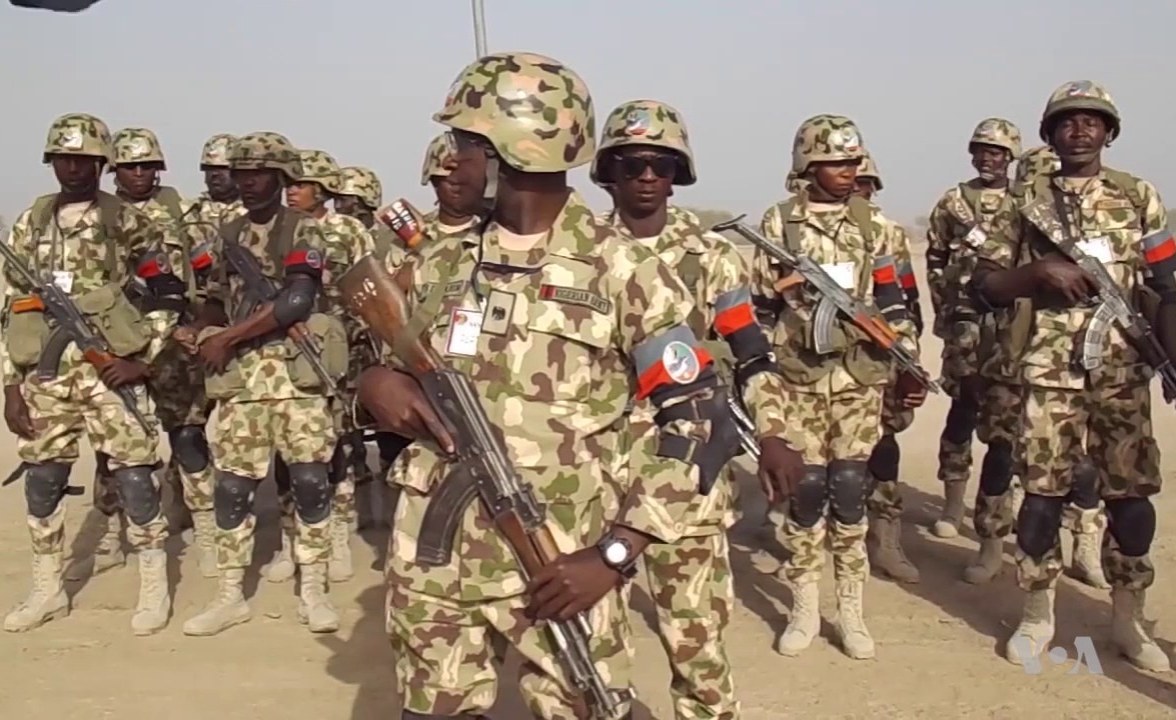 Nigeria’s Military High Command wednesday declared that the Republic of Chad cannot take the glory for Nigeria’s war efforts in the 10-year-long insurgency war in the North-east and the Lake Chad Basin.

It said Nigerian military left a legacy of clinical finishing that restored democratic rule to the then war-torn Sierra Leone, and Liberia and would not allow its contributions in the North-east to be whittled down.

This is coming as the Nigerian Army (NA) has taken delivery of high-grade armoured tanks and artillery trucks purchased by the federal government to boost the war against insurgency.

The military argued that the position of Chad was an end game that usually characterises the end of such a long-running conflict.

Speaking wednesday at a press briefing in Abuja, Coordinator, Directorate of Defence Media Operations (DDMO), Major General John Enenche, said officially Nigeria had no issues with Chad with regard to the war against insurgency.

The military spoke against the backdrop of the claim by President Idris Derby that Nigeria was not forthcoming in prosecuting the war.

The Chadian leader was quoted as saying that his troops occupied some Nigerian territories, which should ordinarily be manned by Nigerian troops and concluded that Nigeria was slowing the war effort down.

He said “his men were stuck, still awaiting any sign of Nigerian forces who could come take over. He does not want to be holding Nigerian territory. He wants to be on the move,” the New York Times reported.

“We want the Nigerians to come and occupy, so we can advance,” Déby complained in an interview at his palace last week.

“We’re wasting time, for the benefit of Boko Haram. We can’t go any further in Nigeria. We’re not an army of occupation”, the president reportedly said.

But the Defence Headquarters (DHQ) said Chad cannot take glory for Nigeria’s gallantry and contributions in the ongoing war against insurgency.

“To say that we are slowing down the war is not true at all. By our mandate, you can go in pursuit of insurgents and criminals for 25 kilometers without consultation.

“For His Excellency (President Derby) to say that is not right. They are playing their part of the game. It’s not true”, he said.

Enenche posited that Nigeria fought in Sierra Leone and other countries where it left a lagacy of restoration of democratic rule and “somebody wants to take glory with 30 men. When you are in a situation like this and it is coming to an end, some people will be trying to take the glory. It is a distraction for a military to say I am taking the glory. We have done so much there”.

Nigerian military made significant contributions to bring the war to where it is presently.

Enenche, in response to a question by THISDAY said that officially there was no dispute between the two armies.

“There is no problem in any way between the Nigeria and Chad in the fight against insurgency in the Lake Chad Basin.

“I wish to state categorically clear that we are in touch with the high command of the Multinational Joint Task Force, which is operationally responsible for the activities in that area. The MNJTF high command is headed by a Nigerian,” he said.

Enenche asserted that “for his Excellency (Chadian President) to say that Nigeria is slowing the fight against insurgency is not true at all. What I can say is that they are playing part of their game, which is their responsibility. Probably, he may be expecting more from other sectors.

“The situation on ground is that they (Chadian and Nigerian troops) are working together perfectly and neatly, everybody in their areas of operation”.

Get the latest in African news delivered straight to your inbox

We need to confirm your email address.

To complete the process, please follow the instructions in the email we just sent you.

There was a problem processing your submission. Please try again later.

He affirmed that “when they pulled out last year no vacuum was created, Nigeria did not cry, all they needed to do was to adjust the boundaries and then give responsibility which was neatly and perfectly done”.

An update issued by DDMO said troops encountered insurgents in seven gun trucks and killed two of them.

“The fierce fire-fight led to the death of two terrorists an unconfirmed number were wounded. Additionally, three gun trucks, two anti-aircraft guns, two AK 47 rifles, one HK 21 rifle and one rocket propelled grenade tube were abandoned by the terrorists and recovered by the troops.