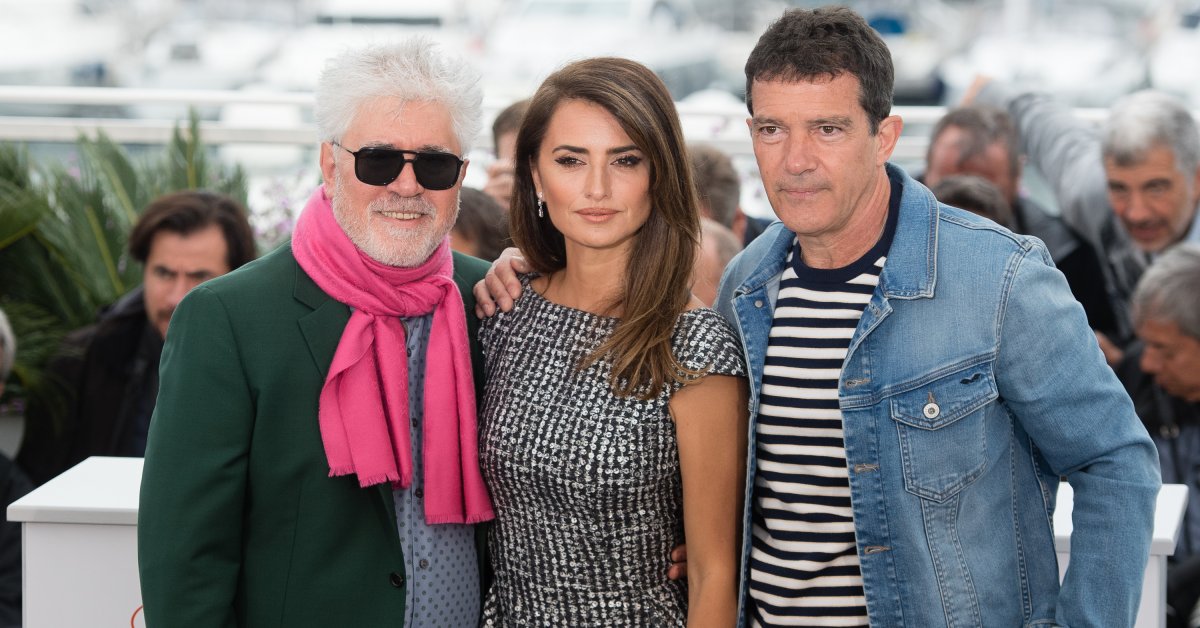 Pedro Almodóvar’s world is and always has been a world of color. He’ll ask his actors to perform the most delicately complex scenes in front of wildly patterned wallpaper. The furnishings in his characters’ apartments—hanging lamps in tangerine and turquoise, vases of flowers in tones beamed via radio signal from some far-off planet, couches that look as if they’d been upholstered using the pictures from a tiki-bar menu as inspiration—inspire awe in amateur interior decorators everywhere. He can orchestrate the outdoors, too, by making judicious use of a mosaic wall, a brightly painted door, trees that have been saving up all their chlorophyll just for him.

I’ve always loved the colors in Almodóvar’s movies. But it’s only after seeing his latest, the achingly beautiful Pain and Glory, that I think I finally understand the way he uses them. Antonio Banderas plays Salvador Mallo, a famous and successful filmmaker in his 60s living in Madrid (and clearly a fictional stand-in for Almodóvar himself). Salvador suffers from a list of aches, pains and ailments as long as those reams of tiny print on the folded-up paper that comes with an aspirin bottle: Digestive issues, migraines, anxiety and, worst of all, debilitating back pain. He has plenty of money, but he hasn’t made a film in ages and may never make one again. He runs into an aging actress he’s worked with in the past, who asks him what he’ll do if he stops making movies. “Live, I guess,” is his response, but if the words sound positive enough as they slip through his mouth, his eyes tell the real story: They’re weary, like a crumpled tissue—the light inside them has dimmed.

Salvador goes about his business, if not in the moneymaking sense: When he learns a repertory cinema is about to screen a restored version of one of his early films, he goes around to see its lead actor, Alberto (Asier Etxeandia)—the two had a falling out after completing the film and haven’t been in touch in some 30 years. Alberto welcomes him warily; the two talk in circles around each other. Then Alberto, a longtime heroin addict careful about monitoring his dosage, tells Salvador he’s about to “chase the dragon.” Salvador asks to join him—though he’s led a life anyone would consider wild, he’s trying heroin for the first time—and Alberto obliges.

Salvador is taking so many painkillers that, presumably, the heroin provides a new kind of relief. But his reconnection with Alberto also leads to a reunion of another kind: Federico (Leonardo Sbaraglia), a man he loved deeply, back when the two were practically kids, re-emerges as if from the ether. Salvador, in the midst of all his physical suffering, is also mounting a steep hill of emotional readjustment: In addition to reconnecting with these people from his past, he’s also recollecting bits of his precocious childhood in a small Spanish village, focusing particularly on memories of his mother (Penelope Cruz, radiant and looking barely any older than she did in Almodóvar’s 1999 All About My Mother) and a teenage construction worker (César Vicente), who used to come round the family’s house—and who ignites the first spark of erotic desire in young Salvador (played by Asier Flores, an actor with the eyes and the gentle but sprightly demeanor of a fawn).

Not all of Pain and Glory is strictly autobiographical. But Banderas’ performance—although he’s nearly always terrific, this is quite possibly his finest—is so fine-grained in its attentiveness to every nuance of physical and psychic suffering that you can’t help thinking Almodóvar is speaking through him. Some of us grew up with Almodóvar: In the 1980s, movies like Women on the Verge of a Nervous Breakdown and Matador were like nothing we’d ever seen—nutso, glorious, melodramatic visions that were funny and way, way out-there, but that also rang with generosity. Almodóvar has always been a deeply sensitive filmmaker, attuned to women’s experience, certainly, but also to drag queens and all manner of people who might have reason to feel like misfits. He was reckoning with trans identity long before mainstream conversation began to address it. Almodóvar made a place for everyone.

So to see Almodóvar-as-Salvador suffering in this way, and unable to do the very work that he’s lived for, is acutely painful. We are, all of us, getting older, and with that comes reckoning. Pain and Glory is much more restrained than the films Almodóvar made in his glory days. But it’s hardly joyless. In the movie’s most beautiful scenes, Salvador spends time with his aged mother (played by Julieta Serrano), teasing her gently even after she’s spoken to him somewhat critically. He adores her and, in her final days, wants to do everything for her. She sits in a chair in the bedroom he’s prepared for her in his Madrid house. She’s frail but still peppery, and there she is, on her cushioned throne, which is covered in bright-purple African wax print. She’s going through a box of keepsakes, and comes across an old-fashioned wooden darning egg. Salvador’s face lights up—from his childhood, he remembers her using it—and when she hands it to him, his hand curls around it like the treasure it is.

There’s color all around them in the room, and in their life together. Almodóvar’s colors—as brought to life here by his production designer Antxón Gómez and art director Maria Clara Notari, and as captured by his frequent cinematographer José Luis Alcaine—aren’t just a stimulant but an energy source, like sugar: They get the eyes busy and keep them working, in turn heating up the brain’s furnace. And before long, the heart starts pumping harder as well. Everything about Pain and Glory is awake and alive, and Almodóvar’s nerve endings become ours, too.

Vision – Stories for His Glory

Pedro Almodóvar’s ‘Pain and Glory’ is not strictly his story

Ghana lines up three friendly matches ahead of 2021 AFCON