One summer night in 1973, two friends who had not met since high school bumped into each other outside a bar on the Jersey Shore: Bruce Springsteen was walking in, his old baseball teammate was walking out. They went back inside, had a few drinks and reminisced.

They talked about the nuns at St. Rose of Lima School, where they were seatmates in seventh grade, and about baseball games whose scores they still remembered. Springsteen told his friend that he had released two albums and that his band had just opened an arena show for the Beach Boys and was starting to draw big crowds. They stayed at the bar, the Headliner, in Neptune until closing, then did not see each other again for more than three decades. But “Glory Days,” a 1984 Springsteen song at least partly inspired by that night, brought them together again.

Those of us from Springsteen’s hometown, Freehold, N.J., knew that “Glory Days,” like much of his work, was about the place where we grew up and where many of us still live. So rich are Springsteen’s descriptions of the characters he knew, the plots he watched unfold, that some of his songs sound to us like documentaries.

But “Glory Days” was also the source of an enduring mystery. Who was that speedball pitcher in the song?

I finally found out at a reunion we held recently for our Little League’s 60th anniversary — not from Springsteen, who did not come, but from Dick Enderly, once a fine schoolboy pitcher, who had put the question to Springsteen at their 30th high school reunion in 1997, and received the answer.

“Joe DePugh,” Enderly told me. “I got it straight from the horse’s mouth.”

DePugh, the oldest of six brothers, was a star Little League pitcher and a teammate of Springsteen’s in the Babe Ruth League. A joint assessment of their comparative baseball skills led to DePugh’s affectionate nickname for Springsteen, a right fielder: Saddie.

By high school, they had drifted apart.

“He lost interest in baseball, and I was nothing but sports,” said DePugh, now 61, who also played basketball and football.

As a high school senior, he had several offers to play college basketball and an invitation to try out for the Los Angeles Dodgers. 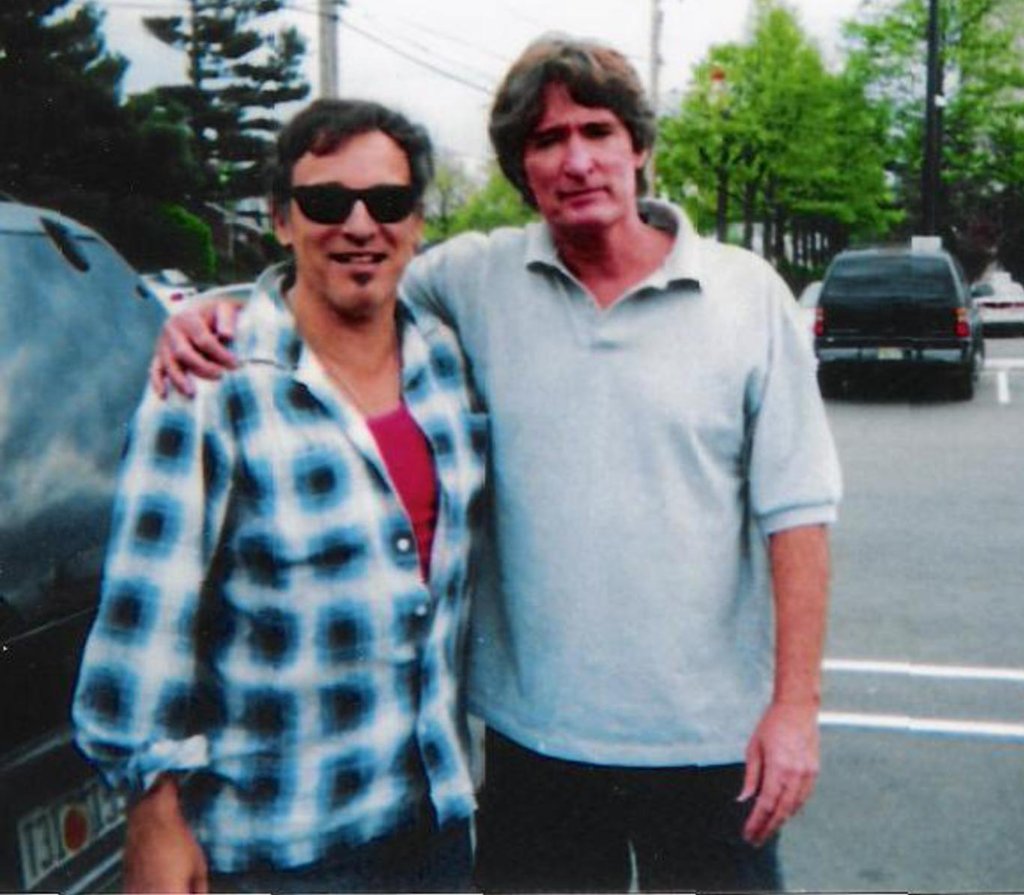 He played basketball at King’s College in Wilkes-Barre, Pa., and earned a degree in English. But by the time he graduated, his parents had died and DePugh was the legal guardian of his two youngest brothers. DePugh was a substitute teacher for a while but could not find a permanent teaching position, so he became a self-employed contractor. He also played in a summer basketball league, and it was after a game that he ran into Springsteen at the Headliner.

A few years later, DePugh moved to Vermont. His friend Scott Wright always played Springsteen’s music on a boom box on job sites, and DePugh told him about meeting Springsteen at the Headliner. When “Glory Days,” a track on “Born in the U.S.A.,” was released, Wright heard it first.

DePugh was skeptical, so Wright called a radio station in Montpelier, Vt., and requested the song.

“My wife starts bawling,” DePugh said. “That’s how I knew exactly that it was me.”

The story spread slowly among his friends in Vermont and, when DePugh was 50, he was recruited to join a baseball league for older men.

“When I showed up for the first practice that summer,” he said, “these guys would come up to me and feel the sleeve of my shirt, and say: ‘Oh, you’re real. We thought you were a legend.’ I pitched the whole season that year and ended up with a 0.00 earned run average.”

DePugh attended his 35th high school reunion in 2002, but Springsteen did not. Their classmate Don Norkus eventually got them together for lunch in May 2005, at an Italian restaurant in Red Bank, N.J.

“Bruce pulls in and I point at him and he points at me, and that’s when the hugging started,” DePugh said. They stayed until they were almost the last customers left, as they had at the Headliner three decades earlier.

DePugh spends the colder months in Florida, stopping in New Jersey when he passes through in the spring and the fall. He and Springsteen met again a couple of years ago, at an Italian restaurant in Freehold. At the end of the night, they said their goodbyes at the back door.

“He said, ‘Always remember, I love you,’ not like some corny Budweiser commercial, but a real sentimental thing,” DePugh said. “I was dumbfounded. I said, ‘Thanks, Saddie.’ That was all I could come up with, and all of a sudden, he’s out the door. And it hit me that you’ve got to do a little better than that, so I pulled the door open and yelled down to him, ‘Sad!’ He turned around and I pointed at him and said, ‘I love you, too, and I’m real proud of you.’ And he just waved.”