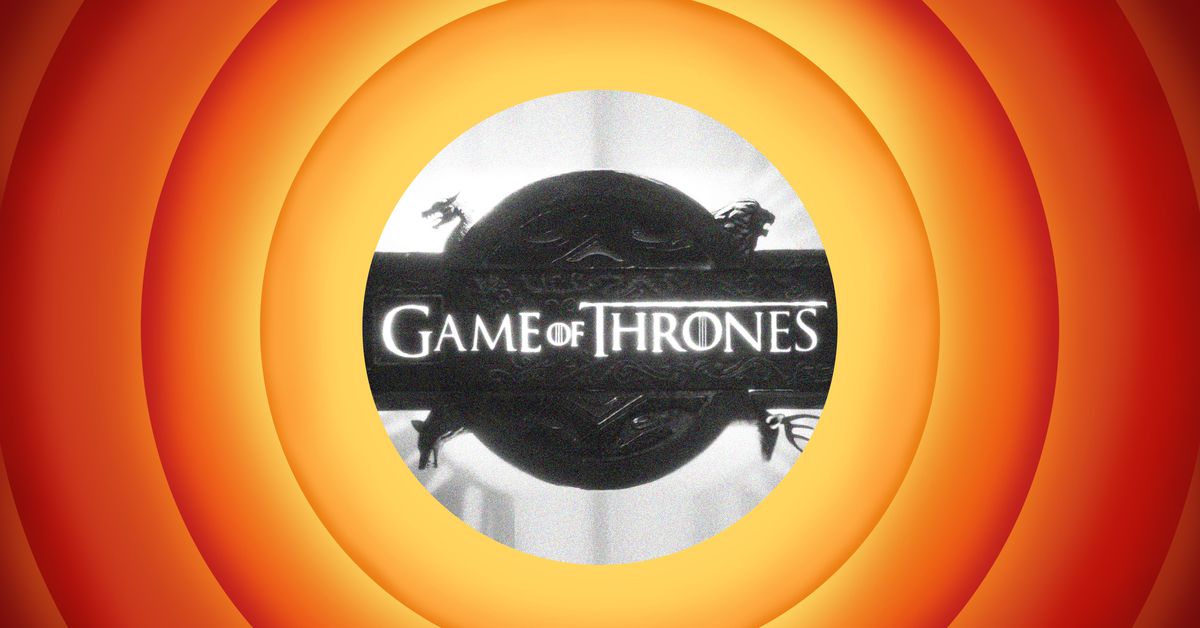 Last week, my Ringer colleague Alison Herman delivered a rave review of the new FX miniseries Mrs. America, the most recent installment in the network’s smorgasbord of dramatizations of late–20th century American history. Shortly thereafter, she tweeted out an addendum: Mrs. America features “a credits sequence that absolutely slaps.”

MRS. AMERICA harkens back to the best of golden age tv in many ways, including the most important one: a credits sequence that absolutely slaps pic.twitter.com/9M3BCKlYOy

Sure enough, the ochre-and-mint-by-Technicolor animation does indeed slap. Set to Walter Murphy’s “A Fifth of Beethoven,” it invokes an America that was at once the greatest military and economic power on the planet, while also being led by Gerald Ford. A thing can be both cheesy and of immense world-historical import.

Mrs. America’s title sequence especially stands out in our current television and movie landscape. For more than half of cinematic history, the opening credits were an institution: Before watching anything, viewers had to sit through a prelude that listed the key figures in the production. At first, this was the motion picture version of a playbill, but by the mid-20th century, this list of names and orchestral entr’acte had transformed into an art form all its own. In fact, in 1976, the Emmys introduced a creative arts award for outstanding title design.

That represented something of a high-water mark for the medium. The following year, George Lucas eschewed opening credits for Star Wars, instead using the now-indelible opening narrative crawl—a decision that ultimately led to a fight with, and Lucas’s resignation from, the Directors Guild of America.

Some four decades later, hardly any blockbusters have opening credits beyond a perfunctory title card. Occasionally a cold open will jolt the audience to attention—one recent example is the introduction to Avengers: Endgame, in which Jeremy Renner’s Hawkeye watches his family evaporate in the finger-snap that ended Infinity War—but other times it just feels like the producers and director couldn’t be bothered to come up with something better.

That’s a pity. As much as Netflix’s “Skip Intro” feature is a salve for perfunctory and/or boring opening credits, a great title sequence can elevate a movie or TV show.

Consider the James Bond franchise, a media property that glorifies many concepts that society has otherwise passed by: classic cars, classic masculinity, and the United Kingdom, just to name three. But throughout the series’ six-decade history, Bond movies have also held fast to extended opening credits, complete with flashy animation and a bespoke theme song performed by a high-profile pop music star. From Paul McCartney to Madonna to Billie Eilish, generations of hitmakers have taken on the mantle of the Bond song as a cultural rite of passage, like hosting Saturday Night Live or playing the Super Bowl halftime show. And the results have consistently been spectacular.

The Bond universe also shows that an extended title sequence can be deployed in concert with—and can even be enhanced by—a cold open. In this case, the opening chase or gunfight is like the first song of a church service, and the credits are the pastor’s welcome to the congregation, a preview of what’s to come as well as an indication that we’re ready to get down to business. And while psychedelic animation and pop music might not be a literal look into the next two hours of a Bond film, they do indicate that what is to follow will be expensive, stylish, and maximalist. They set the mood.

One of the great opening title sequences of the TV world comes from the Showtime series Dexter. It shows the titular serial killer performing his morning ablutions while winking at the ways in which flossing, making breakfast, or lacing up one’s shoes can look like stabbing or strangling a bad guy.

Dexter occupies a place in television’s upper middlebrow where shows have neither the budget nor the stakes of James Bond, and

the credit sequence reflects that self-aware style. (It also convinced me to start eating my eggs sunny-side up instead of scrambled, which is one of the best decisions I’ve ever made.) Even so, the credits are visually purposeful and constitute a short film that can’t be skipped, even though they run nearly 100 seconds.

That is, unfortunately, the exception. In general, brevity is a virtue in title design—Mrs. America’s, for instance, dazzles at one minute in length but would probably start to drag if it stretched even another 10 seconds. This is the cardinal sin of Battlestar Galactica, with its foot-dragging highlight reel that could not be rescued even by a drum-heavy preview of the coming episode.

So too my beloved HBO miniseries From the Earth to the Moon, whose opening credits run two minutes long and feel as interminable as the four-day journey that gave the show its name. This is somewhat out of character for HBO, which has produced numerous tentpole dramas with awesome extended opening credit sequences: The Young Pope/The New Pope, Succession, and the unforgettable True Detective.

Two TV shows that get their money’s worth out of a short credit sequence are Mad Men and Archer, both programs that, like the Bond universe, revolve around hard-drinking men with an affinity for skinny ties and extramarital sex.

Mad Men’s opening credits share the long-gazing, high-art pretensions of the show itself, combining a soft string-driven theme song with a minimalist cartoon protagonist set against an extremely busy background. Therein we see what the show is about: Advertising! Smoking! Legs! But all portrayed in a thoughtful, mysterious way in a hair under 40 seconds.

Archer, on the other hand, is not only cartoon-ish, it’s an actual cartoon. Its animated title sequence is no less kinetic than Mad Men’s, but substantially more literal. Each actor’s name is displayed next to a silhouette of their character performing some normal task: running, shooting a gun, downing a large glass of whiskey, and so on.

By introducing each main character in turn, Archer’s opening credits are not unlike the title sequence for The Simpsons. But Archer manages to do all that in 30 seconds, less than half of The Simpsons’ title sequence running time. It’s all killer, no filler.

It is, of course, possible to go too far in the other direction, with a bare-bones title card and quick theme music, which is the style of both Breaking Bad and Stranger Things. But there’s a difference between a title card and opening credits. The latter emphasizes that television (or film) is a collaborative process, between actors, directors, writers, and producers, and tricks the viewer into recognizing the people who make the medium possible by tossing in some eye-catching visuals to make the medicine go down.

An opening credit sequence has to check at least some of the following boxes: striking visuals, solid soundtrack, full set of credits; and it has to set the aesthetic tone for the show in an engaging way. Good credit sequences need not fill all of those roles, but great ones can.

Game of Thrones is the only two-time winner of the prime-time Emmy for outstanding main title design, and perhaps more impressively, is the only TV program whose theme song inspired a profanity-laced pump-up song. That’s how you introduce event television, friends. More than that, it creates expectations that the show can later subvert. The few times Game of Thrones bucked its own convention and went with a cold open, it was as attention-grabbing as any sex scene or gruesome murder. That’s why it’s worth it to not only create a title sequence, but to put some effort into it.

Doing away with opening credits is like putting colored highlights in your hair: It can be cool, but it hasn’t been edgy or subversive since 1982, and in order for it to stand out, it needs to operate in contrast to established norms. It’s time for the pendulum to swing back, in resplendent animation, to the tune of “A Fifth of Beethoven.”

Walmart Vs. Amazon: A Surprising Turn In The Battle For E-Commerce Glory