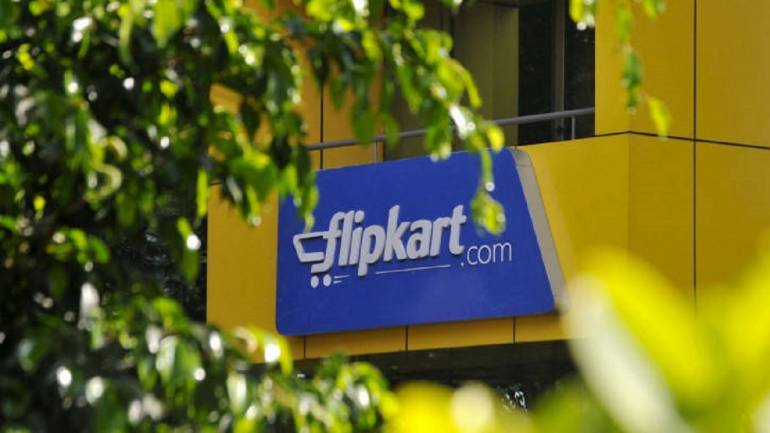 This real story of how two ordinary men struck it big through their wits and efforts makes for thrilling reading. The book reassures us that people without much family backing can also attain the heights of wealth. It fuels our fantasies, whether justified or delusional, that we, too, can aspire to building a Flipkart. All in all, no wonder Big Billion Startup is becoming a movie. In these times of economic slowdown, I’ll bet you that the Indian audiences are looking for new hope to latch on to.

What this book is not is a publicity exercise for Flipkart, for Amazon, or for the e-commerce sector. The writer has the ability to appraise all these buzzwords critically. Dalal is a critic of what I’d like to call unthinking and unblinking consumerism, as shown in his sharp writing that describes Amazon, but can apply to swathes of companies: “… a company that existed solely to convert every living person to this faith (consumerism) and keep them entranced through its unending cycle of product accumulation and delivery”.

It is totally appropriate that the book opens with Amazon’s entry into India, its singular business principles, and its ethos, which is customer focus. It is fair to say that had Amazon not been around in India, Flipkart would not have been founded. The Bansals of Flipkart fame were at one point Amazon employees; much of the corporate culture which they created at Flipkart was based on Amazon’s principles, as per the writer.

In a flashback, we glimpse the Bansals’ formative years as Indian Institute of Technology (Delhi) students. Interviews of their former batchmates provide insights into the psychology of the Bansals as young men. Sachin Bansal’s extreme addiction to computer gaming that almost led him to quit IIT, and which he ultimately trumped, makes for riveting reading. Among the key insights from the book is that the Bansals’ IIT life was utterly undistinguished. They did not excel as students, they got by. They might even be described by some as mediocre students. And yet, as the writer says, academic success is no indicator of corporate glory. The writer says, “[t]he people who truly excelled were the average students, nearly anonymous in college”.

Moving on, the writer depicts well the peculiar habitat called the tech startup, its glamour, its greed, its ambition, its rewards and perils. The species that inhabits this habitat is described well, namely the techie. The asocial, computer gaming-loving, hard-working and hard-playing, sometimes eccentric IIT student, is depicted accurately and at times humorously. To compare this pen-portrait with the existing stereotypes of computer programmers was an enjoyable exercise for me.

The writer, whose day job is covering startups for a pink paper, knows well the psychology of internet entrepreneurs and powerfully brings out their mindsets. The writer recreates on the page some of the excitement that the Bansals must have felt on launching Flipkart. For instance: “One day the entrepreneur is flailing, filled with self-doubt, anxiety, frustration. The next day, a task done well, they feel superhuman, chest out, adrenaline pumping, ready to take on the world. Likewise, with the website launched and the first orders placed on Flipkart, the Bansals felt on top of the world.”

The writer shows how Flipkart commenced operations by selling books, and how its founders themselves went on a motorcycle to buy and ship the orders. Flipkart’s growing business and hiring of talent is chronicled in detail. Then, following a series of events over a number of years, compressed into a few fast-paced pages, the story turns into a corporate fairytale, as an American investment firm shovels big bucks into Flipkart and takes it to the cusp of the big time.

The writer takes us deep into Flipkart’s boardrooms and office floors. In the early days at Flipkart, the corporate culture was said to have been “ruthlessness”. “… [I]t seemed the company had little patience for those who didn’t fit in or perform well immediately. These people were either fired or sidelined ruthlessly, treated like pariahs,” writes Dalal. This culture led to considerable attrition among Flipkart’s senior managers. Human resources people in particular and anyone concerned with ‘caring capitalism’ will find in these pages much to mull over as concerns their own companies.

The initial success of Flipkart piqued the interest of private investors in India’s e-commerce companies. It did more – it got potential competitors interested in India’s e-commence market. Following Flipkart’s example, a huge international competitor stoked its operations in India – Amazon. In a humorous scene, the writer depicts deftly the Flipkart-Amazon negotiation.

Displaying a flair for dramatic writing, the writer details how the fast-growing and ambitious Flipkart became a media darling, how the Bansals were ushered into the glamorous world of headlines. The writer, however, also shows us his impartiality and dispassionate outlook towards Flipkart. The writer gives considerable attention to Flipkart’s growing pains, which are natural in an organization that added a few thousand employees in a few years. From delayed and botched deliveries to software crashes, from employees who stole from Flipkart, to its HR nightmares, the underbelly of Flipkart’s growth story is shown well. The writer also gives Flipkart’s critics their say, as they criticize “Flipkart and other internet startups that burned through investor cash with no concern for profitability”. The writer chronicles how Flipkart’s breakneck growth in its early years led to its hunger for even more investor money.

Were corners cut in the pursuit of headlong growth? Flipkart’s corporate structure came under the scanner of the Enforcement Directorate. We are given a good number of details about the reasons behind the ED’s investigation of Flipkart. But the ED’s investigation itself is skimpily shown – clearly because the ED, like any investigating agency, works in an opaque manner. Nonetheless, the lack of detail about what happened to the ED investigation is the only glaring gap in the book.

Moving briskly, the book shows how the Flipkart express chugged on with barely a pause – it acquired Myntra in 2014 and got $210 million in funding, which raised its valuation to $2.5 billion. Soon, it got further funding that raised its valuation to $11 billion – all when it was making losses year after year. The investors lined up to throw money at it. The reason? To quote: “[I]nvestors were backing fast-growing startups in the belief that once these firms acquired a large market share, they would figure out how to make profits eventually.”

Dalal shows well how this hunger for investment infusions was reflected in the mindset of Sachin Bansal. We are told that if the company had transformed from its small beginnings to an ambitious and glamorous startup, so had its co-founder changed. The dramatic growth of Flipkart, the writer says, transformed Sachin Bansal into an “impulsive, ruthless capitalist”. He continued to pursue big bucks in funding, symptomatic of the ethos of the 2010s. The writer says Sachin Bansal shunned his subordinates who opposed his ideas, an action that led to their exits. Did Sachin Bansal’s attitude filter down to his employees? The writer highlights the rather curious parts of his vision, which conceived of Flipkart as a tech company, not a retail company, and sought to shut down the Flipkart website by making Flipkart app-only. Sachin Bansal, in the pursuit of his vision, even divided Flipkart into three parts. This, the writer said, led to a communications breakdown between Flipkart’s tech people and product people. At this point the book also offers valuable management lessons, by showing how Flipkart’s top management fomented a work culture characterised by turf wars, bitterness and consequent disunity. Disunity, in turn, led to poor coordination and thus bad business decisions. Top managers were fired or left. Even Sachin Bansal stepped away from managing Flipkart, and co-founder Binny took his place.

Then, as the American retail giant, Walmart, moves to acquire Flipkart, the writer deftly shows how Sachin Bansal attempted to win back his position as the top cheese at the company he had founded. Boardroom intrigue is inherently dramatic once one is invested in the people concerned, and by now we are. The actions of the people said to block Sachin Bansal are depicted in detail, as are Sachin’s counter-measures. Clearly, the writer had access to highly placed sources who either knew of or were present at these boardroom battles.

Flipkart’s story is ongoing, while the book has a bittersweet ending. The writer shows how both Flipkart founders are forced to exit the company that they founded. The reasons why are shown in detail, and serve as a cautionary story for those company founders who are yearning for big investors. The writer shows the fine nuances in the competing visions of company founders and corporate investors – while the former may be aiming at personal glory and may be motivated by emotional reasons (‘I will be a champion!’), the latter may only want to maximise their investment returns and may be motivated by commercial interests (‘Our investment must grow!’).

This insight alone, as shown in the case study of Flipkart, makes the book worth your while. The other merits of the book are thorough reportage, engaging storytelling, and application of in-depth multi-sectoral knowledge. These equip the book with insights about the psychology of IT bigwigs, about the Indian startup scene, about the present state of the e-commerce sector in India, about the effects of immoderate growth on a company, and about the power dynamics between company founders and their major investors.

This book is recommended for those who are interested in learning about e-commerce in India; in particular, IT workers, company founders, managers, management students, will benefit from it.

Suhit Kelkar is a freelance Journalist. He is the author of the poetry chapbook named The Centaur Chronicles.

Now that payment deadlines have been relaxed due to COVID-19, the Moneycontrol Ready Reckoner will help keep your date with insurance premiums, tax-saving investments and EMIs, among others.