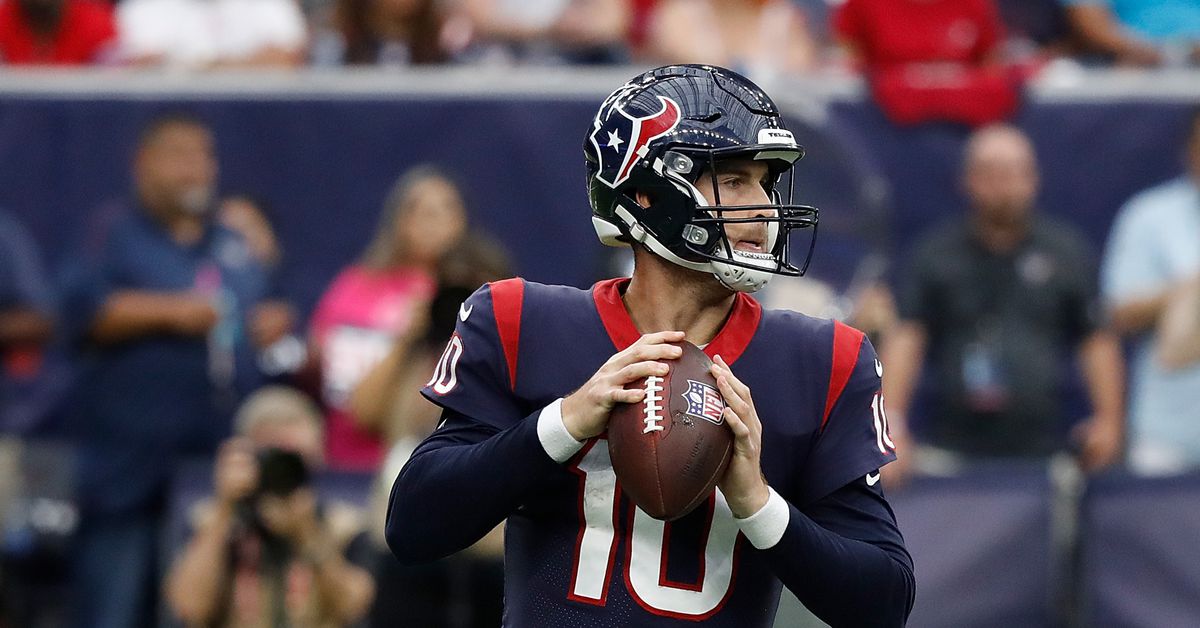 When Houston general manager Nick Caserio selected Stanford quarterback Davis Mills in the third round of the 2021 NFL Draft, the pick was met with a collective sigh of indifference. A project of projects, Mills’ injury history, lack of incubation time in the collegiate ranks, and not much else to signal he was ready to lead an NFL offense all heralded his entrance to the pro ranks.

Veteran signal caller Tyrod Taylor took the offensive reins but went down with a hamstring injury, announcing the beginning of the Davis Mills era in Houston. It wasn’t a pretty beginning.

Against the Cleveland Browns, Mills had a passer rating of 58.1 and followed by 95.5 against the Carolina Panthers before plumbing the depths with a 23.4 against the Buffalo Bills that included no less than four interceptions.

Then, something magical happened. The New England Patriots came to town. Suddenly, Davis Mills was the second coming of Joe Montana. The rookie quarterback ended the game with three touchdown passes, a 72.4 completion percentage, 312 passing yards, no interceptions, and a rating of 141.7.

Best of all, Tim Kelly called a flea flicker and Davis Mills made it happen:

In fact, it’s fair to say there’s never, in the history of the NFL, been a rookie QB performance like this one before.

In a season scraping the depths of the valley of death, having something like this to hang onto is sorely needed by this fanbase. It’s just too bad the Texans eventually lost the game…or is it?

If Houston can continue to tank the season and land a top five draft pick in 2022, maybe they could grab someone like Kayvon Thibodeaux, Derek Stingley Jr., or Aidan Hutchinson with a premium pick. Or, if Nick Caserio is as good as people say he is, maybe he can leverage some of the remaining assets to land two top fifteen picks and grab another premium talent as well.

While we’ll have to kick that can down the street for now, let’s soak up the moment of Davis Mills’ day in the sun. Maybe, just maybe, he can produce a sequel to his performance against the Patriots this week against the division rival Indianapolis Colts.

NBA Beyond The Glory Grant Hill