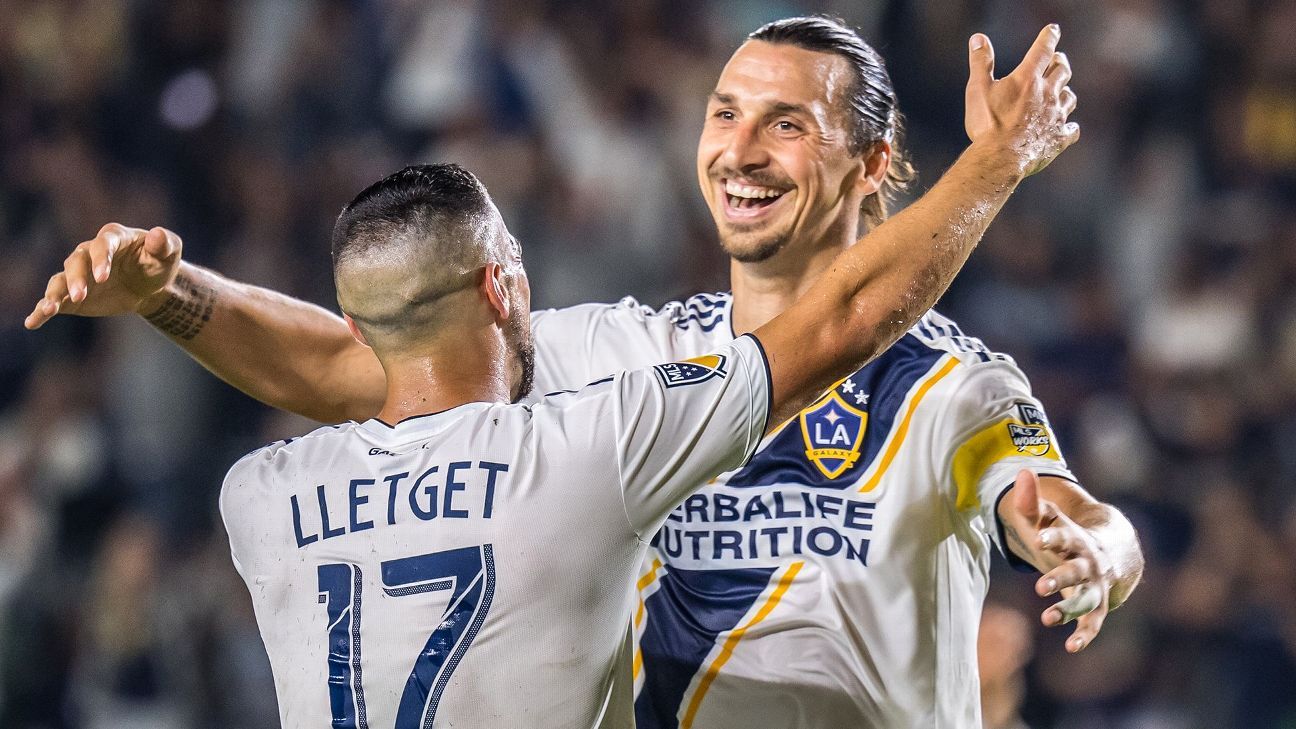 Sid Lowe plays down the idea that Zlatan Ibrahimovic’s social media post about Spain was about his next club. (1:31)

The reigning A-League champions have approached the 38-year-old Swedish superstar’s agent Mino Raiola about a guest player deal, which would reportedly see him play up to six games for them.

Ibrahimovic’s contract at LA Galaxy, who were beaten 5-3 by local rivals LAFC in the MLS Cup Western Conference semifinal last week, is set to expire at the end of the year.

He scored 30 goals in 29 matches this season for Galaxy, earning a place in the MLS Best XI for 2019.

“An approach has been made to his agent,” Perth chief executive Tony Pignata told Fairfax.

“We’ve asked the question firstly about his availability and secondly of his interest.”

If successful, signing Ibrahimovic would constitute one of the biggest marketing coups in A-League history.

However, he posted a cryptic Instagram video on Wednesday night that could suggest he’s planning a return to Spain following the expiration of his contract.

– When does the transfer window reopen?
– All major completed transfer deals

“Hola Espana, guess what? I am coming back,” he said.