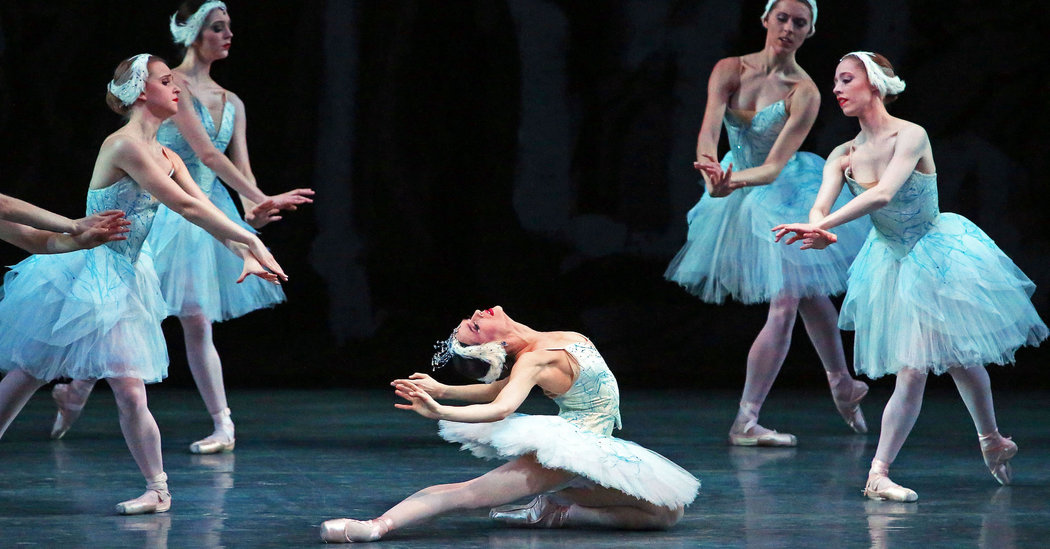 Does the world need this two-act “Swan Lake”? Probably not. But the company’s dancers might. It’s about confidence, determination and, yes, artistry. 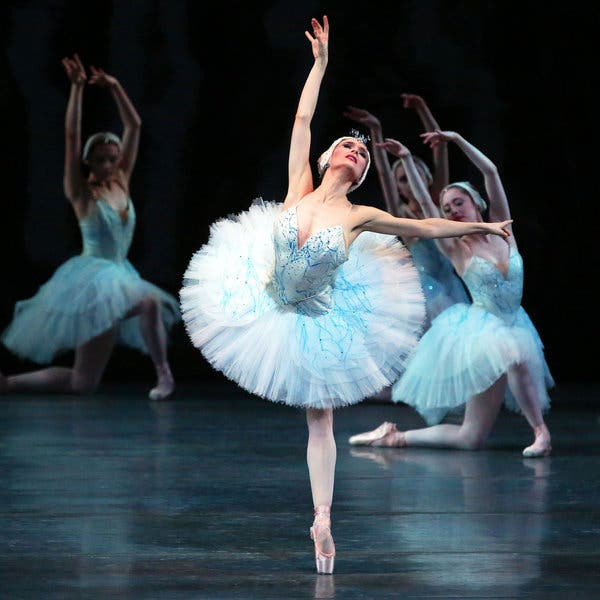 You don’t look at New York City Ballet and think to yourself: “Ah, swans.” Even though there are full-length ballets in its repertory, City Ballet is not known as a storytelling company. Non-narrative dances, most of them by George Balanchine and Jerome Robbins, are its oxygen; happily we breathe them in.

But then there are times — like last week — when the company hauls out its two-act “Swan Lake,” which wrapped up performances on Sunday at the David H. Koch Theater. As productions go, this version of Tchaikovsky’s ballet is not the prettiest feather in the flock. A holdover from the days of the company’s former ballet master in chief, Peter Martins, who choreographed it in 1996 and introduced it to City Ballet in 1999, it’s rushed yet ponderous. At times, the sets and costumes by Per Kirkeby make you want to crawl under your seat. The jester in orange and green decorated with a third-grader’s squiggles; the man’s shiny purple skirt and open black vest for the Russian variation; and the mismatched greens of the Villager women? It’s a lot of ugly for one stage.

When Odette, the princess transformed into a swan by an evil sorcerer, appears at the lakeside, you feel her pain.

This season, the Act 2 pas de quatre, a speedy and demanding divertissement for three women and one man, was cut to help streamline the ballet. A wise move — only the most virtuosic dancers could make it through that prickly footwork alive — though the production felt as long as it ever did.

But I’ve started to wonder: While it certainly sells tickets, drawing hordes of girls dressed to the nines, does having a full-length “Swan Lake” at City Ballet serve another purpose? Not for the audience necessarily, but for the dancers — specifically those cast in that most renowned of ballerina roles, Odette/Odile?

Generally, dancers join City Ballet to dance the works of Balanchine. “Swan Lake” isn’t so much in their wheelhouse. (He did choreograph a one-act version.) But over the years, I’ve witnessed varied and striking performances — including this season — by dancers of differing body types, looks and technical depth.

There’s something interesting at play: The surprise of watching a dancer overcome her fears and insecurities about what “Swan Lake” means in the classical repertory to hold a stage and to embody a character all the while dancing — in that City Ballet way — as herself. It is determination in real time. It’s so wrong that it’s going to be right. You go out there — as many City Ballet dancers refer to the stage — and get it done. If 32 fouettés, or whipping turns, are out of reach, substitute a circle of piqué turns. You’re on the short side? Be a dazzling little swan. It’s all about going for it as yourself.

The role has layers to explore, and the results aren’t always pretty, but it’s continually gratifying to see a dancer rise to the occasion. The experience of watching “Swan Lake” at City Ballet is different than at American Ballet Theater, where it’s part of the tradition. That production, by Kevin McKenzie, has its problems, too. In the end, after a double suicide Prince Siegfried and Odette rise above the stage in a glowing sun that looks, in Ballet Theater fashion, like something out of a Disney cartoon.

In Mr. Martins’s emotionally penetrating ending — on a stage, lit to perfection as a glimmering lake — Odette parts ways with an inconsolable Siegfried in floor-skimming backward steps, disappearing through paths of swans that close in on her. Siegfried, who pledged his love to Odette’s wicked doppelgänger, Odile, has to live with his mistake.

It still feels modern, maybe even more so now given today’s sexual politics, which makes sense: At City Ballet, “Swan Lake” is also the story of modern women — the dancers who play Odette/Odile — escaping into a dream world. I can still see former swans like Monique Meunier, Jenifer Ringer and the incandescent Miranda Weese, who at just an hour’s notice for a PBS “Live From Lincoln Center” broadcast in 1999, stepped in for an injured Darci Kistler. It was her first time dancing the ballet with Damian Woetzel. This was bravery and beauty in a Swan Queen for the ages.

Sara Mearns should be televised in the role and broadcast all over the world. Last week brought the return of this reigning City Ballet principal, whose interpretation of Odette/Odile is now indelible. This season she elevated it to a place somehow both deeper and more natural as she cut through the excess — even her own lavishness — to show more power and delicacy. She lives the role so deeply, it’s chilling.

Ms. Mearns has grown up with the ballet. In 2006, when she was just 19, she was plucked from the corps de ballet to dance Odette/Odile. This season performing opposite Guillaume Côté, a guest dancer from the National Ballet of Canada — from his mime to his partnering, he was a class act — Ms. Mearns embodied Odette especially to her barest essence.

Ms. Mearns is the rarest of artists: What other dancer has conquered Odette/Odile and, with wildness and precision, the work of the modern choreographer Merce Cunningham?

Of the other men dancing Siegfried, Jovani Furlan and Joseph Gordon had the most to offer. Mr. Furlan — noble, fluid and musically sensitive — is a find. (He previously danced with Miami City Ballet; at City Ballet, he proves his worth with each new role.) His partner, Ashley Bouder, was more conventionally dazzling as Odile — her technique is still a thing to wonder at — while her Odette was serene and steely: more bird than princess. Yet there was something bewitching about her resolve.

Mr. Gordon, so alive throughout the entire ballet, possessed a vulnerability that connected beautifully with the crystalline performance of his partner, Tiler Peck. As she returns to the stage from a debilitating neck injury, Ms. Peck moves with more care, but undiminished elegance. There’s a new and subtle fluidity in her dancing that brings her into clear focus. She’s no longer prone to dewiness; she’s fully present onstage.

As for Peter Walker and Harrison Ball? Neither were particularly affecting in their debuts as the Prince. Mr. Walker, with Teresa Reichlen — she was at her most vulnerable in the final lakeside scene — was distant. Like Mr. Ball, Mr. Walker dashed around the stage with his head tilted up. What were they looking for? Real birds? Neither were secure enough in the virtuosic passages; Mr. Ball was particularly melodramatic in his acting.

More convincing was Mr. Ball’s partner, Lauren Lovette, also making her debut this season. It felt like the beginning of a journey: Ms. Lovette instills every part with a poignant inner drama. In a way, she reversed the roles as we think of them — subtly — which lent her Odette an earthy sensuality and her Odile a way of camouflaging her wickedness with innocence.

On Sunday when, as Odile, Ms. Lovette whipped off as many fouetté turns as she could manage before falling out, she made a dazzling change in real time: She switched to piqué turns. In that moment, you could see not only the ballerina in her — determination winning out over disappointment — but also the choreographer, which she is. It was musical.

I would not have minded two more debuts this season: Indiana Woodward — who hasn’t danced enough of late — and Mira Nadon, the arresting corps de ballet member. Yes, one is short and the other is tall, but they can dance.

What does a swan look like? At City Ballet, there are no rules. It’s about how you move. It’s a way to see a mind and a body at work.

Gloria Dump in Because of Winn-Dixie