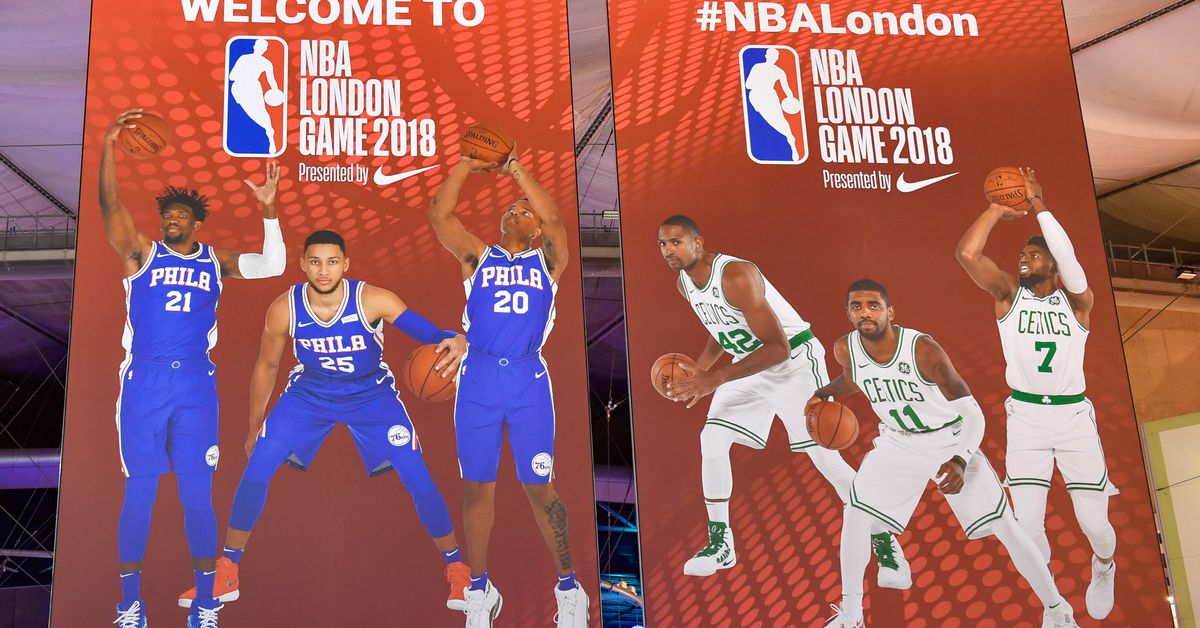 With the NBA season suspended, memories have started rushing in, memories of a time before League Pass, a time when basketball was as inaccessible as my grandpa’s liquor cabinet. Like that liquor cabinet, I knew it was there, but finding the right moment in time to sneak a peek was nigh on impossible.

Growing up in England is similar to America. We’re also a country entrenched in sporting tradition, a country that’s proud of its heritage. For Americans, that sporting heritage started with baseball, maybe it’s football now; for us, it’s soccer. I could never see the fascination with soccer. It always seemed so mundane to me. The ball would go forwards, backwards, and sideways, but in truth, not much was happening. Sundays would be spent at the local park, kicking a ball around with my friends – I disliked every second of it.

I grew up before the internet was commonplace, back when there was a limited choice of channels on the TV. One random Friday night, my mum introduced me to a new sport, one that operated at a much higher pace, a game where mortal men could soar through the sky like gods.

That was the day basketball hooked me.

The next morning I begged my mum to buy me a hoop and a ball. I pleaded until she finally gave in. I spent every possible moment in the back garden dribbling and shooting. I was 7, so you can imagine how many times I hit the windows instead of the backboard. Every Friday a new game was on TV, but it was past my bedtime, so my mum would record it, and we would watch it the next day. It became our ritual.

Bulls, Lakers, Knicks, Celtics – it didn’t matter who was playing. It was the ‘90s when Patrick Ewing, Charles Barkley, and Michael Jordan reigned supreme, but only Jordan was a household name. This ritual continued for several months before I decided I had to see a live basketball game, so my mum did some research and found out my city had a local team in the British Basketball League. 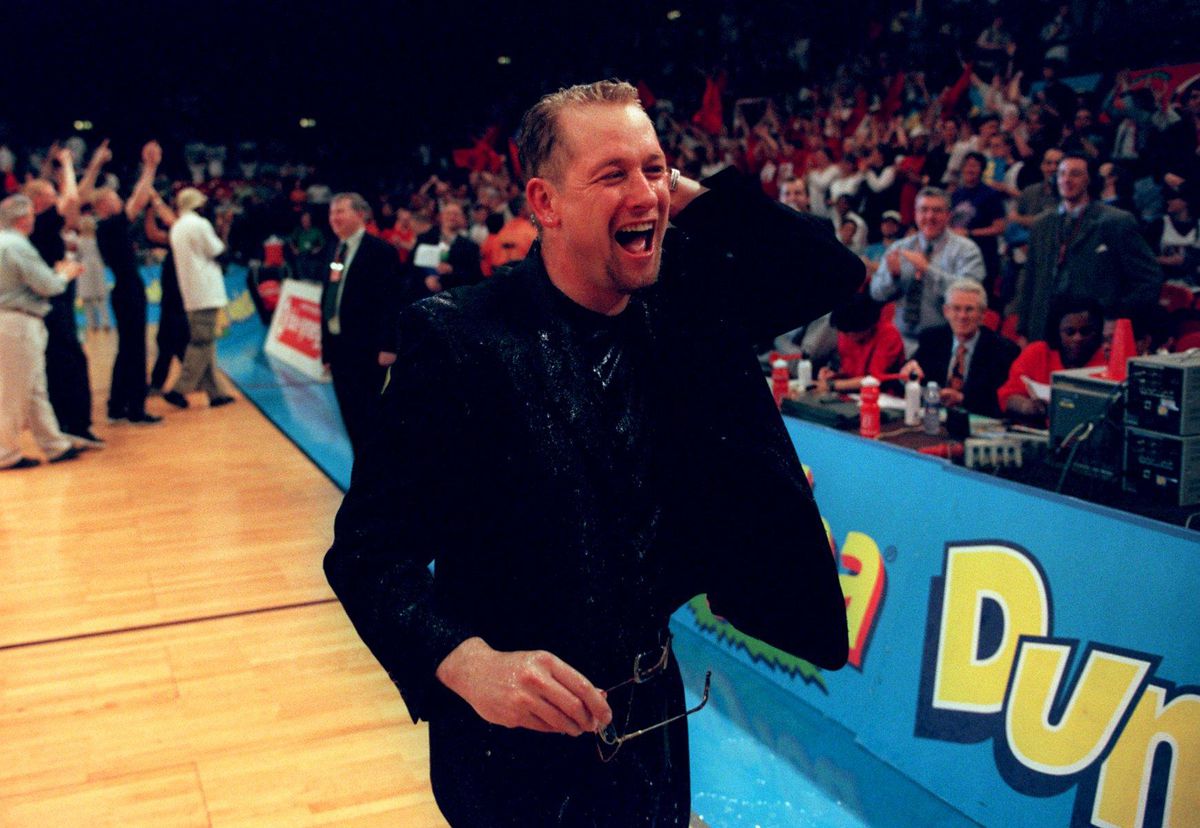 The Birmingham Bullets were coming off back-to-back championships, largely credited to their coach Nick Nurse, the same Nick Nurse that guided the Toronto Raptors to glory this past season. So, my mother and I went to watch a game. It was scrappy and played in a college gym, but I was amazed. I knew this team was nowhere near as good as those I had seen on TV, but they were better than not watching live basketball, so I was content.

As time passed, my love of the game continued to grow. Countless hours got spent in the garden practicing and re-watching game footage. That summer, Space Jam was released and things started to change from there quite quickly. People would be wearing the Jordan Bulls jersey in the street, the TV station started airing two games a week, and most importantly, local teams began a youth program. But despite its popularity in the U.S., basketball’s growth stagnated in the UK and was a niche sport. And then the internet happened.

I was in the 9th grade when broadband got introduced for public consumption. This opened the floodgates for basketball content. I could find box scores and breakdowns online if I searched hard enough, allowing me to keep up-to-date with my adopted team, the Boston Celtics. Every morning I would wake up and see how they did. Usually, they struggled. They were rebuilding at the time, but I didn’t care. I would still go into school that same morning and talk about the result with anyone who would listen.

YouTube was the next evolution of basketball across the pond and that lead to the wave of street ball. And1 videos filled every spare minute I had. I mastered the boomerang and slip-n-slide, showing them off in gym class. During the summer, local parks would be littered with a few people like me, showmen of the black top. As we went at it for hours on end, people would stop and watch and each week, the participants grew.

As I travelled the country with the team I played for, I noticed the level of competition improve. Players were now wearing And1’s or Jordan’s and the better teams had Nike or Adidas uniforms instead of the plain jerseys of just a few years before. Street ball tournaments began to take place in cities around the country, shortly followed by my favorite event: Midnight Madness. Midnight Madness was a Nike-sponsored event, where teams of 5 would compete in bracket-style basketball, with each player’s box score under scrutiny. There was a DJ and cheerleaders. It was a pure basketball spectacle. The player who ended the tournament on the winning team, with the best overall box score, won a trip to Chicago to train with the Bulls for a week and got courtside tickets. 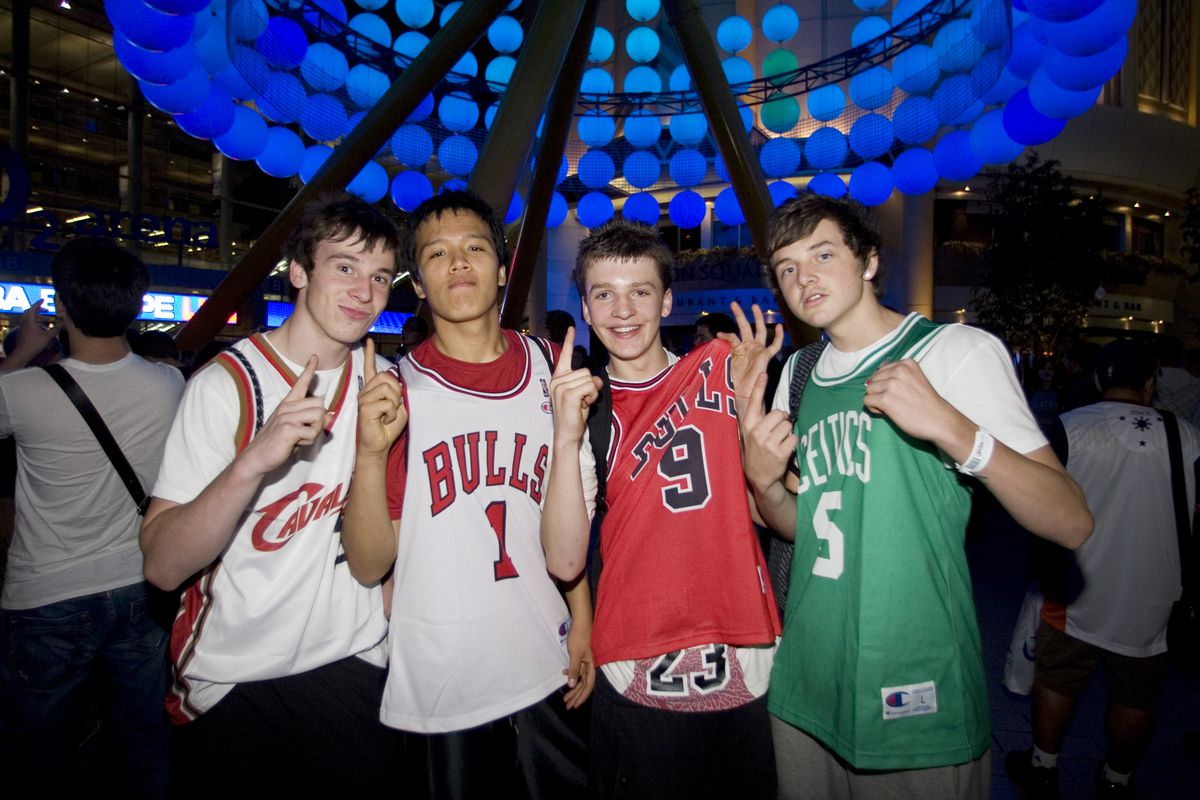 As popularity exploded worldwide, blogs began to pop up and fans were able to connect in the forums and comments section. There was a new way to learn aspects of the game that I was unable to discuss with the still somewhat limited fan base on these shores. By this time, I had attended a few NBA games during vacations, but it was the shared experience with your peers that truly escalated my interest. This new outlet was something I had been craving for over ten years.

Before I knew it, the NBA had released League Pass. With the addition of games on demand, there were people at my college who began asking me questions about specific players or plays. “What’s a pick-and-roll?” “What’s the primary job of each player?” People were taking notice of the sport I adored, and I was more than happy to facilitate their understanding.

A quick Twitter search for any NBA team’s name with “UK Fans” added will show you the growth of the sport in England. I pride myself on being one of the “original wave,” a fan before it was easy to be a fan, a student of the game. A short drive away from where I live is a Foot Locker “House of Hoops,” the one-stop shop for all your basketball needs. Every year during the off-season, their customer base seems to grow. Every trip to the mall, I see someone representing different teams merchandise. The game has a hold in this country now and I couldn’t be happier.

Now there is a whole new generation growing up in an age where they can get dribble tutorials online or study their favorite players moves at the touch of a button. While slightly jealous, every time I see someone practicing on a court, I go over and play some ball with them. School is in session. While those young’uns are trying to cross me up, I’m hedging them to their weaker hand, knowing it’s a lesson worth teaching.

These Graphs Lay Out The History Of America’s Alcohol Consumption