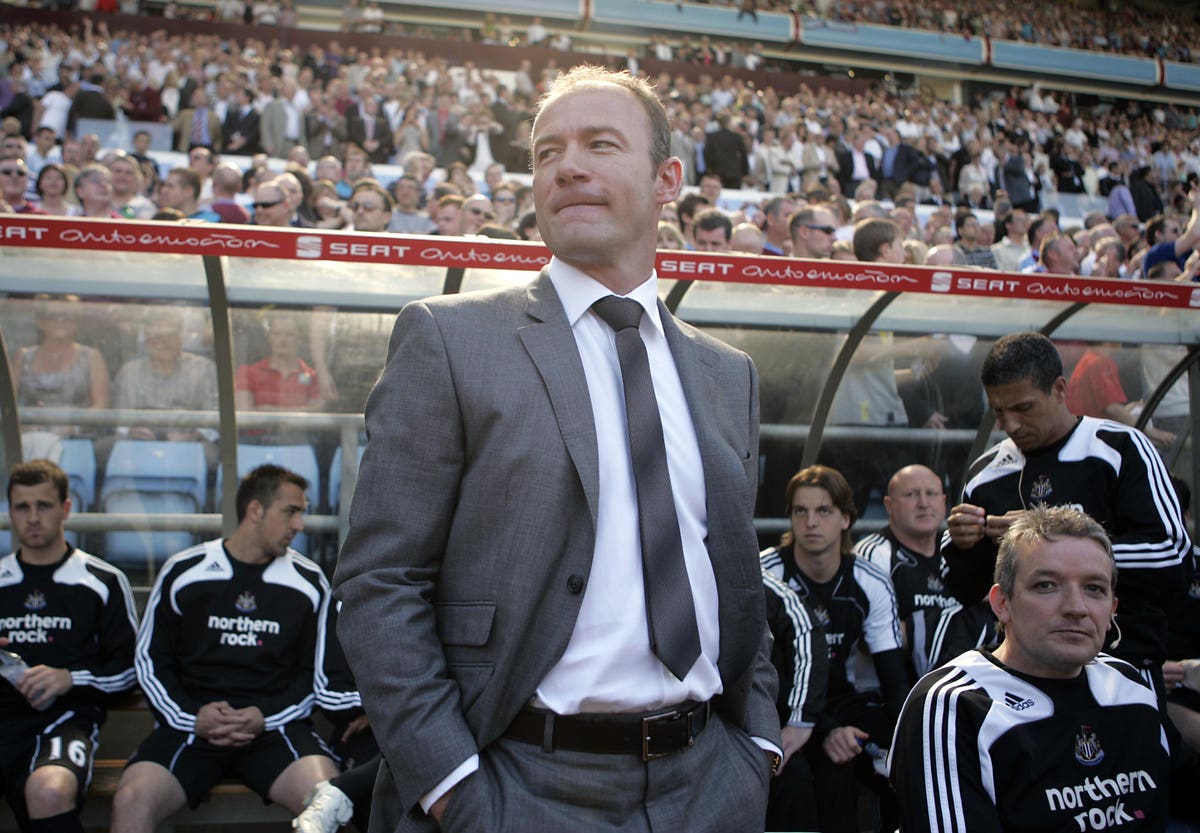 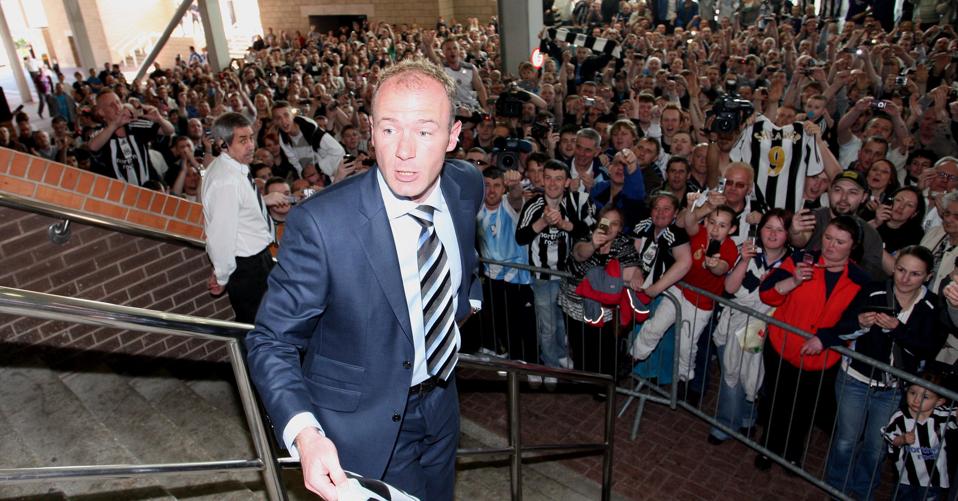 NEWCASTLE-UPON-TYNE, ENGLAND – APRIL 2: Alan Shearer stands with fans as he is unveiled as the new … [+] Newcastle United manager at St James’ Park on April 2, 2009 in Newcastle-upon-Tyne, England. (Photo by Ian Horrocks/Newcastle United via Getty Images)

If soccer is a religion in Newcastle and St James’ Park is a cathedral, then Alan Shearer is among the greatest messiahs. Newcastle United is an institution that is bigger than any one individual; it stood before Shearer arrived and it still stands now, but nobody has quite represented the club like he did. A local boy who forged his path elsewhere, he returned as a world class striker at the peak of his powers in 1996, costing £15million, a world record at the time. Some said the years lost while he was away would be too difficult to make up for, but he left the doubters in his dust.

During a ten-year spell, wearing the number nine shirt so synonymous with great strikers at Newcastle, just as he dreamt, Shearer scored 206 goals, more than anyone else in their history. When he joined, rejecting a move to Manchester United, he assumed he would be the man to inspire the end of a trophy drought which is still going today, ticking over at 51 years. Because that glory never came, while Old Trafford had no room to spare in its trophy cabinet, it was said Shearer had made a mistake in following his heart. But the bond he created and buzz he got representing his people made it all worth it for him. By his final season, it was almost expected that he would one day return to the club as coach; it was his job, anyone else was just keeping the seat warm.

The reality was so very different, though. When he did take the reigns, on this day 11 years ago, it cannot have been in the circumstances he would have envisaged. It was a little under three years after his retirement; Newcastle, who were heading for Europe when he departed, were staring relegation in the face. Mike Ashley, still the owner today, had bought out Sir John Hall, who had led Newcastle’s greatest modern day era, including by buying Shearer himself. The disdain supporters have for the current regime has been festering since 2008/09. Kevin Keegan had walked away, having been heroically brought back as coach eight months earlier, in September 2008 after transfer disagreements, and Joe Kinnear’s interim reign was cut short by heart problems. There were eight games remaining of the campaign, and Shearer was answering an SOS call.

Contact with was made by a now former director, Derek Llambias; from the board’s point of view, they could only have been hoping his reputation and presence would be enough to galvanise a fractured, disconnected squad. He certainly got the disgruntled fanbase, who were protesting in a more vigorous manner than they have this season, onside, but there wasn’t much from a coaching point of view to suggest he was the man to fight the fire. For Shearer, it was an offer he was never going to refuse; he couldn’t bare to see the club he loved dropping out of the Premier League for the first time and wanted to do his bit. 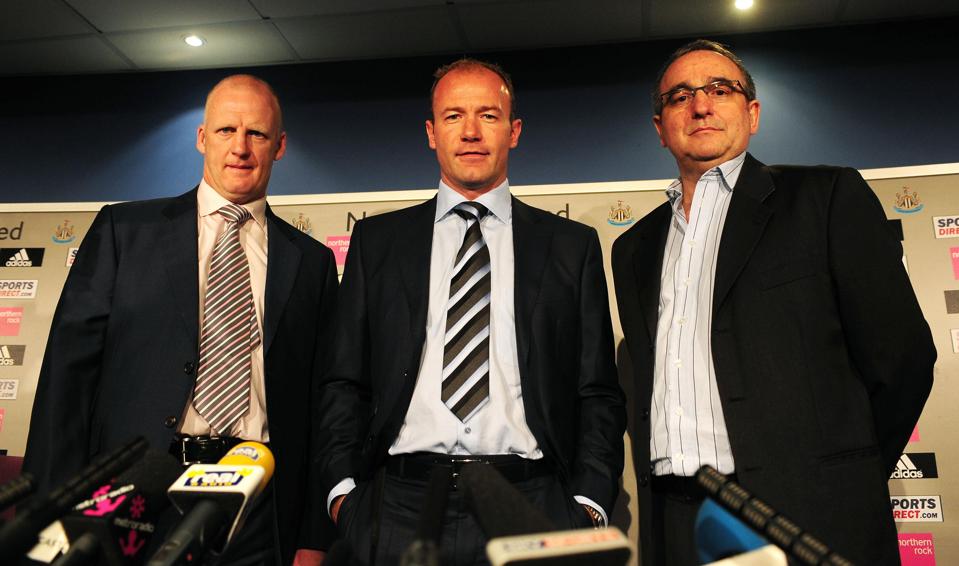 But the suggestion that it was a no-lose scenario for him, because saving Newcastle would enhance his hero status and failure to do so would simply mean he arrived too late, hasn’t aged well. Newcastle did go down and he hasn’t returned to a dugout since, albeit after rejecting a job offer from Cardiff City and deciding to return to his post as a soccer analyst. Rather harshly, he has been dismissed as a poor coach because of that spell; though he didn’t get everything right, he worked extremely hard. The fact of the matter was his presence didn’t gel the team together and the rot that had set in over the previous year or so had gone too deep. Five defeats, two draws and one victory was not the greatest record, but there is a feeling of what might have been; the real impact of his first coaching experience would have come with a clean slate the following season.

Shearer had made clear what he wanted to happen after relegation was confirmed at Aston Villa. Players need to come in, and players need to go out, he said. This was after a very public fall out with Joey Barton, who was sent off as Liverpool crushed the Magpies at Anfield, and the break down of his long-term friendship with Michael Owen, a former teammate who failed to step up when it mattered. He was gearing up for the big job, and believed he’d get it. Ashley put the club up for sale soon after, for the second time having also done so as a reaction to the Keegan fiasco, and chaos ensued. Interest from perspective buyers failed to develop, a very familiar story on Tyneside, while the toxic feeling that had engulfed the previous season spilt over. Arguments between players who were committed and who weren’t went on. All this was under the watchful eye of unassuming backbencher Chris Hughton, in caretaker charge while Shearer was in limbo.

The bad apples left, and those who remained rallied around Hughton, who was calm and collected, traits he has since become known for. Newcastle’s good early form in the Championship, the lack of interest in the club and a golf game between Ashley and Barton resulted in a withdrawal from the market and Hughton getting the job permanently. Shearer never heard from him on the subject of the job again. 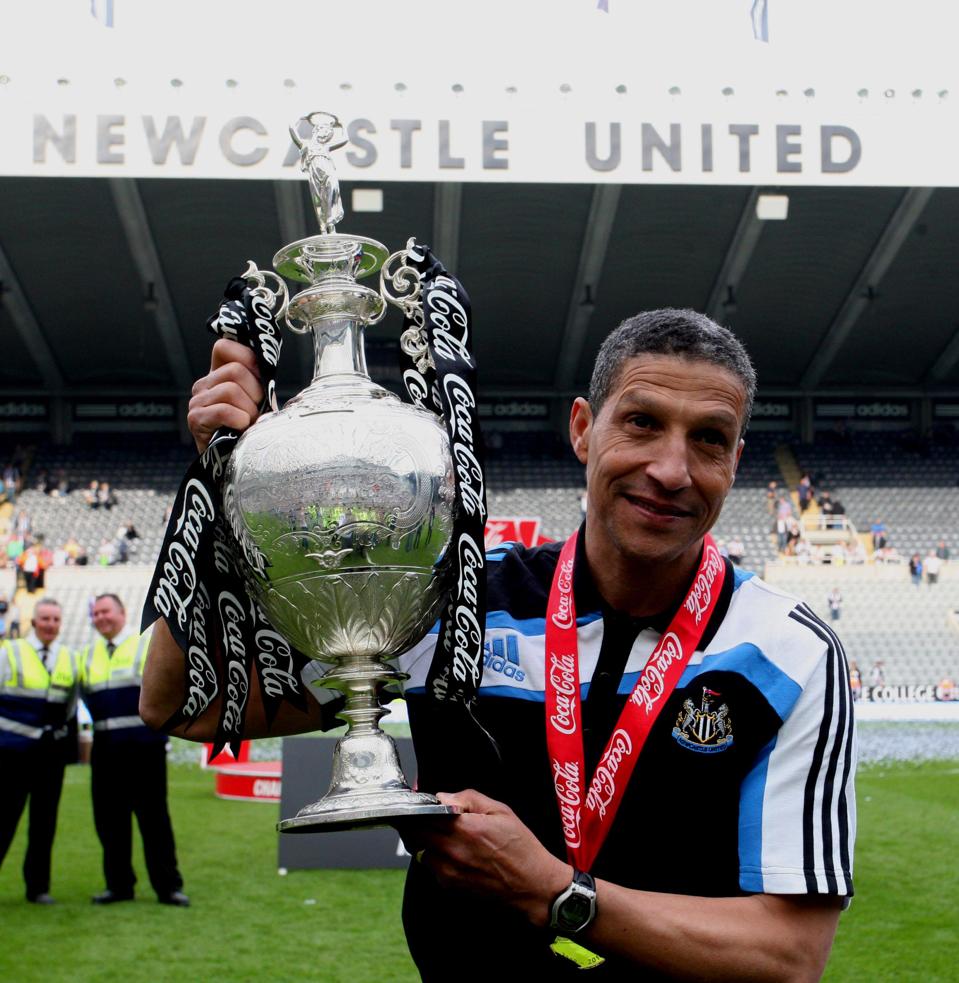 Hughton’s class and unassuming nature made him a roaring success; a nucleus of experienced professionals, with added quality from the academy and abroad, soared to promotion with 102 points in 2010, losing just four games and none at home. A few months later, he would feel the force of Ashley’s callous nature when he was sacked, and that opened up an entirely new can of worms.

But for Shearer, this chapter is a sad one. His dream turned nightmarish and nobody wanted it to be that way. No matter what anybody says, eight games is not enough for anyone to show their quality, let alone in the situation and with the problems he inherited. Whether he would have made a success of himself at Newcastle will forever remain a mystery. Overall, the club did fairly well out of the immediate aftermath, but there will forever be a question mark over what could have been created had Newcastle’s favourite son been given the chance he truly deserved.

Cubs History: Two franchises that took the same route to glory and back