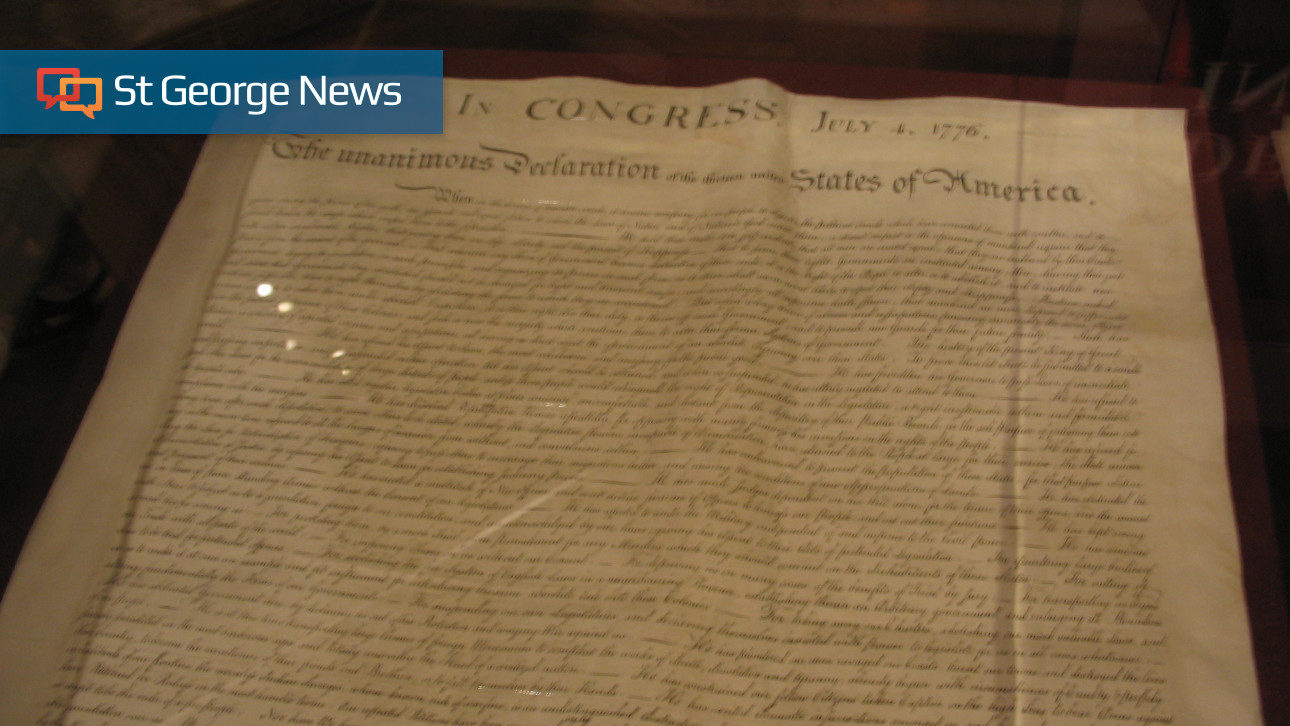 The Declaration of Independence. 1823 official Congress copy of the original document. | Photo by

I am well aware of the toil and blood and treasure it will cost us to maintain this declaration, and support and defend these states. Yet through all the gloom, I see the rays of ravishing light and glory. I can see that the end is worth all the means. This is our day of deliverance — John Adams 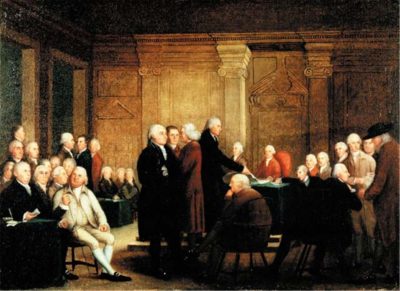 In this painting by Robert Edge Pine, the Continental Congress secretly voted in favor of independence on July 2, 1776. | File photo, St. George News

FEATURE — In June 1776, representatives of the 13 colonies, then slightly more than one year into fighting the American Revolution, weighed a resolution that would declare their independence from Great Britain.

Ever a devote to history, John Adams believed that July 2nd was the correct date to celebrate the birth of American independence, and would reportedly turn down invitations to appear at July 4th events in protest.

Perhaps the historic confusion of when to celebrate Independence Day originated once the Continental Congress approved the declaration, July 4, and sent to printer John Dunlap who printed about 200 copies to be read in town squares and taverns throughout the colonies.

This is why the declaration and its words “IN CONGRESS, July 4, 1776,” printed on top was the version approved and signed in Philadelphia. 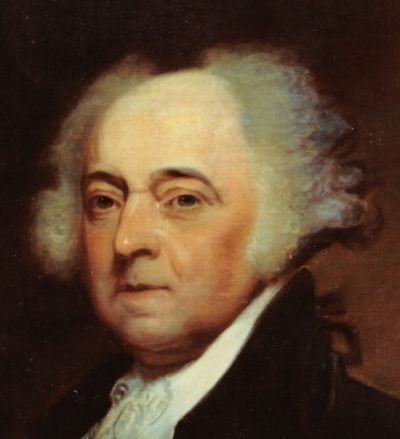 Although described by Adams as a “great anniversary festival,” the term “Independence Day” was not used until 1791.

Prior to the revolution, colonists celebrated the king’s birthday. However, by the summer of 1776, colonists began celebrating the birth of a nation by holding mock funerals for King George III as a symbol of the end of the monarchy’s reign over America.

commemoration of independence on July 4, 1777, while revolutionary troops were still occupied with the ongoing war.

For the first two decades after the Declaration of Independence was written, people did not celebrate it much. It was too new and too many other historic events were happening in the young nation.

But there were some early celebrations.

It was reported that Gen. George Washington issued double rations of rum to all his soldiers to mark the anniversary of independence in 1778. He did the same in 1781, several months before the American victory at Yorktown — the last major land battle of the revolution. 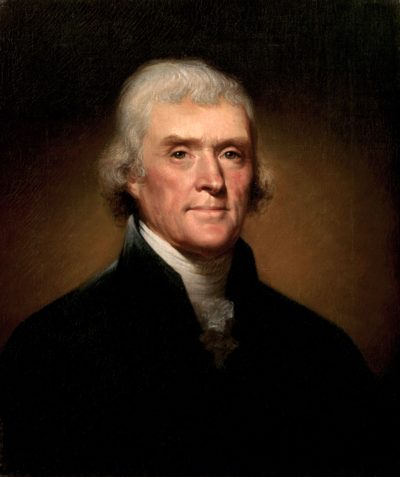 The tradition of patriotic celebration became widespread after the War of 1812, in which the United States again faced Great Britain when the Federalist Party of John Adams began to fragment and new parties emerged in the 1820s and 1830s with everyone embracing the Jeffersonian Republican philosophy.

Printed copies of the Declaration began to circulate again. But, the deaths of Jefferson and Adams on July 4, 1826, may have helped to promote the idea July 4 was an important date to be celebrated.

Celebrations of the Fourth of July became more common as the years went on.

In 1870, the U.S. Congress made July 4th a federal holiday nearly 100 years after the Declaration of Independence was written. It was as part of a larger bill to officially recognize other holidays including Christmas.

History.com and the National Constitution Center contributed to this article.

David Louis is a native of…well, everywhere. It’s hard to nail down a hometown for David, because when he was growing up, his father wanted to move somewhere else every two or three years. Since 1986, his primary residence has been Las Vegas, where he graduated from the University of Nevada. David has been a journalist collectively for more than 10 years, but as a jack-of-all-trades, he has also been a restaurant manager, warehouse foreman for a piping company, K-8 teacher and limousine driver. Along with a past life as a musician, David enjoys traveling on Amtrak – it’s all about the journey and not about the destination – cooking and painting. His greatest joys in life are his family, too numerous to list, and his cat Maxine.